LOS ANGELES, June 11, 2019 (Newswire.com) - As we near the halfway mark to 2020, Silverlandia has announced that app development for the new Los Angeles local guide map will be finalized by the end of January. Silverlandia, a popular printed map and travel guide to the neighborhoods of Silver Lake, Echo Park, Los Feliz and Atwater Village, remains a crucial resource for helping residents and visitors connect with small and local businesses in Los Angeles. LA tourism and travel planning blogs Victorio Noval and Scan Los Angeles have always been strong supporters of the project and often draw from its references for their own listings.

Since its founding in 2014, Silverlandia has closely communicated with businesses throughout the four neighborhoods as a partnership. Each new edition comes with 100,000 copies of Silverlandia that will be distributed throughout the neighborhoods. The website serves as an ideal place to find out about new businesses and read up on Silver Lake news or Echo Park news. This project uses a team of dedicated representatives to personally deliver copies directly to business owners guaranteed, as well as a specialized Los Angeles digital marketing team to manage their campaigns and spread awareness. These methods result in free local maps that are extremely accessible, found in front of many storefronts or restaurants, requested directly to the consumer's door or used online as an interactive neighborhood map.

Every year, the publication gets bigger and there’s never a shortage of content or adventurous entrepreneurs looking to contribute to the already-diverse makeup of this unique Los Angeles marketplace. Plenty of businesses have found success in utilizing the map’s ad space and features sections, drawing in affordable and highly directed marketing to their audiences. This makes the yearly map release a great opportunity for everyone involved in the covered cities, especially for newer listings that might not have been covered in a previous year’s printing.

Silverlandia has also been featured in Best Los Angeles as an essential tool for bringing attention to businesses that might not have the marketing budget to compete against large campaigns. Another site dedicated to promoting affordable services in LA, 5 Stars Services, has also written very positively about the activity and commerce this local map guide delivers for business owners. Bringing LA’s hidden gems to light can be tricky when some of the competition has the funding to broadcast their name across cities, but these maps have made an amazing effort to give local owners the chance to succeed and develop loyal followings.

All businesses, non-profits and artists in Silver Lake, Echo Park, Los Feliz and Atwater Village are welcomed to list their services or events on the Silverlandia interactive map through the many listing options available online. Representatives also visit businesses and distribute printed maps along with useful information for both shoppers and business owners. For additional information or to contact Silverlandia directly, call (888) 477-9540. The company also welcome walk-ins at Silverlandia, 4343 Sunset Blvd #201, Los Angeles, CA 90029. 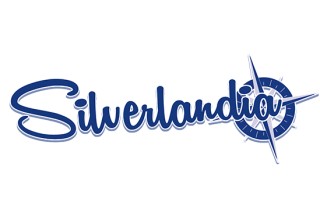 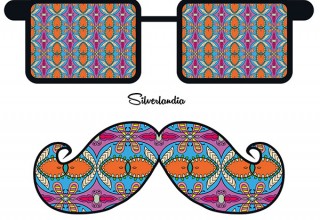