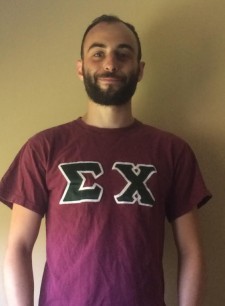 MEMPHIS, Tenn., July 6, 2017 (Newswire.com) - When most people think about fraternities and sororities, images of large Greek letters and red cups come to mind. These brotherhoods and sisterhoods, however, are much more than just a fun time. They help shape young people into future leaders and instill a strong sense of philanthropy and academia. A recent government study revealed that over 70 percent of fraternity and sorority members graduate college while only 50 percent of non-fraternity and sorority students graduate.

As any member of a fraternity or sorority well knows, you are a member for life; the undergraduate experience is just the beginning. The real power of belonging to a brotherhood or sisterhood is the network of thousands of other members across the world who are there to support you in the hard times and celebrate the good times. Every fraternity and sorority have alumni chapters in cities around the globe to serve as rallying points for their brothers and sisters to network and stay grounded in the values and mission of the organization.

With over 300,000 alumni members, Sigma Chi Fraternity is the largest fraternity in the United States. Its notable alumni include Drew Brees, Brad Pitt, and John Wayne among others. There are 117 Sigma Chi alumni chapters around the country from Boston to San Diego. But not Memphis, until now.

Andrew Goldstein (GEORGE WASHINGTON UNIVERSITY 2013) moved to Memphis four years ago through Teach For America to teach ninth grade world history at a charter school in South Memphis. "I instantly fell in love with the city," he explained, "The food is delicious, the people are friendly. It had everything I wanted in a city, except a Sigma Chi alumni chapter. When I realized the closest alumni chapter was in Nashville, I felt compelled to found one here."

At this point, Andrew is only in the initial phase of founding the new Sigma Chi alumni chapter in Memphis. He has been relentlessly reaching out to Sigma Chi members in the area to generate interest. On average, only 20 percent of fraternity and sorority members stay active as alumni and so the first challenge has been trying to locate fellow brothers, most of whom haven't had any contact with the fraternity since their undergraduate days.

"So far I've been able to connect with about 10 brothers ranging in age from 24 to 63 and I've had a really positive reception. I'm very optimistic that this alumni chapter will become a reality!" Andrew acknowledged that there is a long road ahead, but he hopes to file the requisite paperwork by the end of the year.