Shuvinai Ashoona: We End Up Dreaming 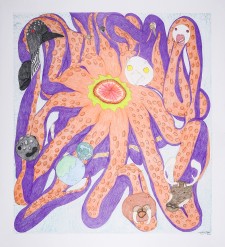 TORONTO, January 18, 2019 (Newswire.com) - ​Feheley Fine Arts is pleased to present a solo exhibition featuring the internationally acclaimed artist, Shuvinai Ashoona (b. 1961). We End Up Dreaming will feature Ashoona’s most recent coloured pencil and ink drawings, both in small and large scale. Featuring dream-like compositions of octopuses, rainbow baleen and zombies, Ashoona gathers inspiration not only from traditional Inuit life and mythology but from Western popular and consumer culture. She has drawn imagery from films such as Avatar and Godzilla as well as the popular TV show The Walking Dead. By juxtaposing varied subject matter and formal elements, her otherworldly scenes blur the real and the imagined, creating her own unique and surreal take on northern life.

Shuvinai Ashoona is travelling from Cape Dorset to attend the opening and will be available for interviews.

For images, additional information or to arrange an interview with the artists, please contact:

Born in the Canadian Arctic, Shuvinai Ashoona lives and works in Cape Dorset, Nunavut. A prolific artist, she began drawing in the early 1990s. Although never formally trained, Ashoona’s family of artists and the graphics studio in Cape Dorset provided her with a creative atmosphere. Over the years, Ashoona moved from drawing small, detailed landscapes to large-scale, inventive and colourful drawings filled with fantastic imagery. Her unique practice is at the forefront of contemporary art from the Canadian Arctic.

This exhibition will be presented concurrently with the Toronto Power Plant’s show, Shuvinai Ashoona: Mapping Worlds. Her drawings have been included in notable group exhibitions such as Earthlings at the Esker Art Foundation (2017-2018), Inuit Modern at the Art Gallery of Ontario (2011); and Three Women, Three Generations at the McMichael Canadian Art Collection (1999). Ashoona’s works can be found in the collection of the National Gallery of Canada, the Montreal Museum of Fine Art, the Art Gallery of Ontario and numerous corporate and private collections.

The subject of two publications, Ashoona was also featured in a 2010 documentary (Ghost Noise by Marcia Connelly). She has received commissions for major projects including a collaborative large banner for Basel. She has also been featured in The Globe and Mail (Toronto), Border Crossings (Toronto), the Inuit Art Quarterly (Toronto) and the New York Times. 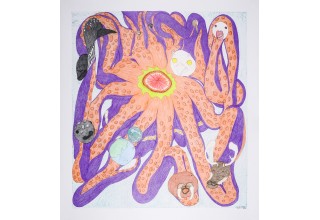 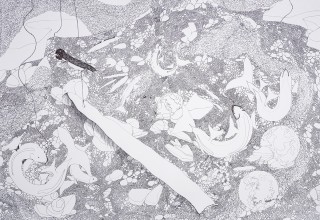 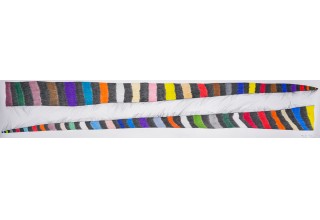 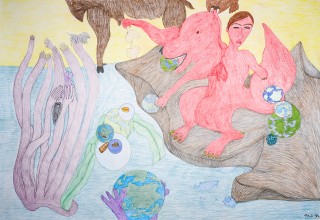