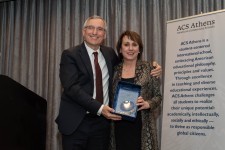 ATHENS, Greece, April 23, 2019 (Newswire.com) - ​​​This year’s ACS Athens Lifetime Achievement Award honoree was alumna Stephanie E. Joannides, class of ‘71 and former Senior Superior Court Judge of Anchorage, Alaska. Her professional achievements and exemplary leadership in ethos and service to humanity were a few of the many reasons she was selected for the award, according to ACS Athens’ President, Dr. Stefanos Gialamas.

Stephanie E. Joannides received a Bachelor of Science Degree in Psychology from the University of Santa Clara and a law degree from Gonzaga University School of Law in Spokane, Washington. She has worked as a State Prosecutor in Juneau in the Office of the Statewide Chief Prosecutor in the Criminal Division and in the Attorney General’s Special Litigation Office in Anchorage. She served as a judge on the State District Court, the State Superior Court and as a pro tem judge on the Alaska Court of Criminal Appeals from 1994 to 2011. Since then, she has been on senior status, presiding over civil and criminal cases, being involved in a variety of court projects and committees and sitting pro tem on the Criminal Court of Appeals.

The second ACS Athens Alumni Achievement Award Event took place on Saturday, April 6, 2019, at the Capital Hilton in Washington D.C. The prestigious event has come to be an important part of the recent history of ACS Athens (American Community Schools), honoring its excelling alumni and bringing the ACS Athens community around the globe together with noteworthy professionals, prominent members of the community and fellow educators. Alumnus and ACS Athens board member Nick Karambelas hosted the event as the Master of Ceremonies.

The woman of the hour, Stephanie E. Joannides, gave an emotional, heartfelt speech, sharing moments that impacted her, and stressed how important it is to help people and, most of all, to stand for what you believe is right and true.

Professor Nicholas Burns of Harvard University, former U.S. Ambassador to Greece and former ACS Athens parent, was the guest speaker of the evening. In his speech, Professor Burns reminisced about his and his family’s time in Greece, as well as the relationships that he and his family still hold dear to their hearts. He emphasized that Greece’s relationship with the United States is now stronger than ever.

ACS Athens President Dr. Stefanos Gialamas acknowledged the board of trustees and the school’s stellar leadership and staff. He proceeded to extend a recognition award to alumna and coordinator of the alumni and community online platform, acsathensglobal.org, Belina Korovessis, for her dedication and tireless work throughout the years. The award was accepted on behalf of Ms. Korovessis by athletic director and alumna Annie Constantinides.

The Advisory Council to ACS Athens' inauguration meeting took place on April 5, prior to the gala event. President Gialamas brought members of the council together at the Capitol Hilton hotel in Washington D.C. Dr. Peggy Pelonis, ACS Athens Vice President, presided over the meeting, introducing members to ACS Athens' vision, and goals and shared ideas about developing global, ethical citizens through intentional excellence. Members of the council included university leaders and prominent members of the business and banking community. Members agreed that the partnerships that encompass the K-through-Graduate education paradigm of ACS Athens are essential in developing such global citizens. They pledged their commitment to continue working with ACS Athens towards such goals, which ultimately serve the betterment of society.

See more about the members of the International Advisory Council of ACS Athens here. 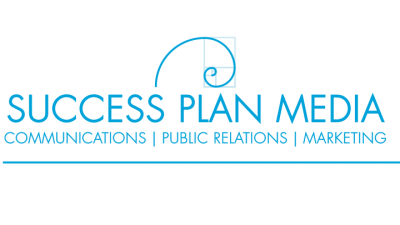