CHICAGO, July 18, 2022 (Newswire.com) - Senior Justice Law Firm is proud to announce the addition of attorneys Ian Norris and Benjamin Carter, as well as the opening of a new Chicago office.

We are compiling the best nursing home abuse attorneys in the country with a singular focus; justice for those that are injured in long term care facilities. - Michael Brevda, Managing Partner

Mr. Norris was plaintiff's counsel on a number of influential nursing home cases, including a $1,000,000 jury verdict on a hip fracture case where the pre-trial offer was $0. Additionally, Mr. Norris was counsel on a landmark Pennsylvania case which is widely regarded as a "seminal decision on corporate liability for nursing homes" and has been cited in multiple venues to connect corporate liability to nursing home facility negligence. Ian Norris was also co-counsel for the plaintiff in a Colorado nursing home malpractice case and was instrumental in litigating the case up to trial. At trial, the jury issued the largest nursing home verdict ($5.5 million) in the state of Colorado.

Attorney Benjamin Carter has dedicated his professional career to advocating for families impacted by elder abuse.

Prior to joining Senior Justice Law Firm, Benjamin Carter worked at well-respected national law firms that also focused on nursing home negligence cases. Mr. Carter has recovered in excess of $10 million on behalf of his clients.

Mr. Carter's experience includes clerking for the Honorable Judge David Bunning, a United States District Judge. Following this clerkship, Mr. Carter practiced with national nursing home abuse law firms for more than a decade across multiple states. Attorney Carter has extensive experience representing families impacted by bed sores, facility falls, untreated infection, and general neglect. His unique legal perspective into this niche practice area affords him the ability to effectively advocate for his clients, and to empathize with what they are going through.

He is admitted in Illinois, Kentucky, California, Wisconsin, and Florida.

The firm is excited to announce its new Illinois office, located at 2260 N Elston Avenue Chicago, Illinois. Our Chicago nursing home abuse attorney will assist families across Illinois and Wisconsin. To contact our Illinois office, visit www.SeniorJustice.com or call us locally at (773) 739-8250.

Our firm focuses on one area of law - Elder Abuse & Neglect. We are one of the only law firms in the United States that concentrate our practice on suing nursing homes, assisted living facilities, and hospitals for patient neglect. 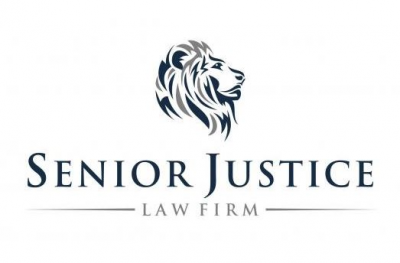