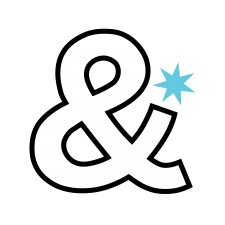 LOS ANGELES, February 6, 2019 (Newswire.com) - Seed&Spark, an online platform that offers a subscription streaming service for audiences and crowdfunding for independent movie and television creators that emphasizes diversity and inclusion, has released nine new shorts in a variety of genres, many of which highlight diversity and underrepresented filmmakers.

The shorts just released are:

• As vivid visions of his internal battle threaten to tear his world apart, a mixed-race African-American, Jewish, gay teenager struggles to navigate his identity and come out to his parents before it’s too late.

• An unexpected connection with a motel maid leaves this wanderer confronting his own identity.

• Living in a dystopian world, teenage siblings Julie and Julian take refuge in a secluded forest cabin to avoid becoming infected by a mysterious and deadly plague. When a stranger comes in need of help, their lives are changed forever.

• Zula is desperate to escape her humdrum life in a small desert town. Her father is the town mailman, so when she discovers a letter addressed to a woman passing through, she develops a strange friendship that hopefully paves the way for escape.

• A nuanced look at the inequities of police and media attention, a woman must take her daughter's missing person search into her own hands after the local police fail to help her. Starring Chandra Wilson (“Grey’s Anatomy”).

• Follow a struggling comic as she navigates a world that wasn't made for her and learns to find the humor in her disability.

"Anna and the Asteroid"

• Starring Shannon Woodward (“Westworld,” “Raising Hope”), your classic "girl-loves-boy, boy-loves-girl, four-mile-wide talking asteroid also loves girl" story. When you only see the woman you love every 17 years, annihilating her and everyone she knows is sometimes on the table. Written & Directed by Scott Sherman (writer, “The Daily Show”).

• What begins as a story of an interracial brotherhood takes a dark turn as their bond develops into something they never imagined.

• A rural romance that centers around the story of a lonely old man, his ideal companion and one raisin.

Seed&Spark is an online platform that offers crowdfunding for independent movie and television creators, a streaming subscription service for audiences and educational events for creative talent. Crowdfunding projects and streaming content on Seed&Spark emphasize diversity and inclusion with more than 70 percent coming from women, people of color and LGBTQ talent. The streaming subscription service, available on Apple TV, Roku or online using any device, offers a highly curated library of award-winning movies and television shows with subscribers having the option to pay what they can every month. Since the company was founded in 2012, more than $17 million has been raised for over 1,100 movies and television shows, boasting a campaign success rate averaging 80 percent which is the highest of any crowdfunding platform in the world. Seed&Spark also holds more than 125 educational events every year across the country to help content creators get their projects produced and distributed. The company is headquartered in Los Angeles. More information can be found at www.seedandspark.com.

About The Honig Company, LLC

The Honig Company is a full-service publicity, public relations and issue management company that represents clients in a variety of industries.