Kairos Technologies Company offers its partners a wide palette of products that are used to construct higher-level safety systems on the Internet. 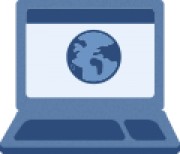 March 4, 2015 (Newswire.com) - Business and technology go hand in hand. Kairos Technologies Company achieved success on the market innovative software solutions. One of these solutions is the product of the company to provide security on the Internet KAIROS SURF. More about product on the official website Kairos Technologies.

KAIROS SURF - it is anonymous network to transmit data in encrypted form.

KAIROS SURF - is a network of virtual tunnels based on the technology of "onion routing" (technology anonymous exchange of information through a computer network through which messages are encrypted and sent repeatedly through several network nodes), which allows to protect privacy, increases the level of anonymity and guarantees the security of the Internet.

Using KAIROS SURF protects from a fairly common form of Internet surveillance known as "traffic analysis." Knowing the source and destination of Internet traffic allows others to track activity.

KAIROS SURF connects computer to the Internet not directly, but through a chain of several randomly chosen computers that belong to the network. Having received the encrypted message, the router removes one layer of encryption to access the necessary instructions to re-encrypt the message and sends it to the next router where all repeats. With this approach, an anonymous message persists even if someone can hack one or more routers.

Using KAIROS SURF helps reduce risks of both simple and sophisticated traffic analysis by distributing transactions over several places on the Internet. The number of intermediate routers is chosen randomly. The first node in the chain does not know this destination, and the last - of the sender, because the data packets are not transmitted directly from sender to receiver, and a few servers.

KAIROS SURF - the ideal solution to replace traditional VPN, which does not reveal the exact amount and timing of communication.

Invisible on the Internet
Using KAIROS SURF - confidence in the safety of anonymity on the Internet when working with applications that use the protocol TCP: browsers, torrent clients, etc. In addition, KAIROS SURF protects the privacy part of life and allows to access information that has been blocked Internet censorship.

Thanks to the latest ideas and technologies, data is secure!

The UK based Kairos Technologies Limited was founded in 2014 and is fully focused on development and distribution of high-end solutions for secure on-line communication and grid computing.

Kairos & International Events: Supporting Universal It Principles
Safe IT within insecure cyberspace: Q&A In the first half of the year 2015 the CACIS Int. Corp. staff (whereto has merged Kairos recently ) took part in various international events dealing with security issues. Kairos took part in a number of seminars, conferences, exhibitions set up by the chambers of commerce and ministries of trade of UK, France, Germany and Sweden.
Kairosplanet - Jun 24, 2015