With opioid overdoses in Washington State now the leading cause of accidental deaths and the opioid crisis reaching a breaking point, Seattle's Drug-Free World volunteers held a community forum at the Church of Scientology Seattle and are reaching out to teachers and counselors with effective tools to educate youth. 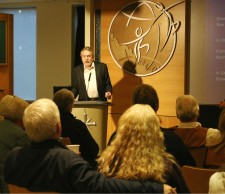 SEATTLE, April 18, 2019 (Newswire.com) - ​Because drug education can stop addiction before it begins, volunteers with the Seattle Chapter of the Foundation for a Drug-Free World kicked off the first quarter of 2019 by distributing over 10,000 sets of drug education materials at the Washington School Counselors Association annual conference, the Society of Health & Physical Education conference and other venues in the state. And to bring the entire community on board on this campaign, they organized a drug prevention open house at the Church of Scientology Seattle.

The campaign is driven by startling statistics: more than 8,000 Washington residents died of opioid overdose from 2006 to 2017. This is more than died in car accidents or shootings, according to State Attorney General Bob Ferguson.

Volunteers aim to reach youth with a drug-free message before drug addiction begins. Materials distributed include Truth About Drugs Educator Kits which contain the curriculum and all elements for delivering the program in a classroom or seminar setting:

The open house and community forum at the Church of Scientology Seattle addressed the opioid and methamphetamine crises in Washington. The program featured Dr. Steven Freng, prevention and treatment manager at the Northwest High-Intensity Drug Trafficking Area program (NW HIDTA).

Dr. Freng gave an overview of the U.S. opioid epidemic and how it has evolved in three waves. The current wave, which began around 2013, is marked by the rapid increase in deaths from illicit manufacture and distribution of synthetic opioids such as tramadol and fentanyl.

More than 700 people died in Washington last year from opioid-related causes that include a spike in fentanyl overdoses.

State Attorney General Ferguson lashed out against the three largest distributors of prescription opioids in Washington. He stated these companies “made billions of dollars feeding the opioid epidemic, shipping huge amounts of oxycodone, fentanyl, hydrocodone and other prescription opioids into the state even when they knew or should have known those drugs were likely to end up in the hands of drug dealers and addicts.”

The Foundation for a Drug-Free World is a secular nonprofit corporation that empowers youth and adults with factual information about drugs so they can make informed decisions to live drug-free. The Church of Scientology and its members support the Foundation for a Drug-Free World, whose Truth About Drugs campaign is one of the world’s largest nongovernmental drug education and prevention initiatives. 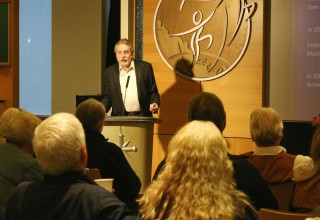 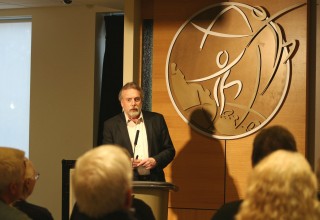 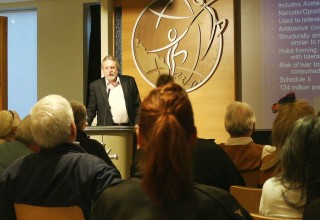