Seattle Rocks Out for a Great Cause With the Jive Aces

SEATTLE, May 20, 2019 (Newswire.com) - After blowing away the crowds at New Orleans’ House of Blues and Birdland in New York, the Jive Aces, Britain’s No. 1 jive and swing band, made a high-octane stop in Seattle to promote the work of the Church of Scientology humanitarian initiatives.

With its larger-than-life, big-beat sound, the band, in their trademark bright yellow suits, had the audience dancing to classic tunes from Louis Prima and Keely Smith, Bobby Darin and Louis Jordan.

“My hat is off to the most spectacular show band that I’ve had the privilege of seeing,” said one guest. “I loved every moment,” said another. “They are true professionals brimming with talent.”

The unique concert raised funds for the Church of Scientology Seattle humanitarian initiatives including local chapters of United for Human Rights, The Way to Happiness Foundation, and the Jives’ own favorite, the Truth About Drugs campaign of Foundation for a Drug-Free World.

’When I found out about the campaign, the Truth About Drugs,” says lead singer, trumpet and ukelele player Ian Clarkson, “that was something that we really wanted to get involved in. Now we go and play in different places and we do it for the Truth about Drugs, and we have booklets that we give out. It really affects people. We’ve launched ’Mayors Against Drugs’ which is mayors getting on board and helping on the Truth About Drugs campaign.”

The Jive Aces are featured in an episode of Meet a Scientologist on the Scientology Network.

The Church of Scientology and Scientologists support these campaigns and make their educational materials available free of charge to educators, mentors, community programs and individuals seeking to make this world a better place.

For more information about these programs, watch Voices for Humanity on the Scientology Network. 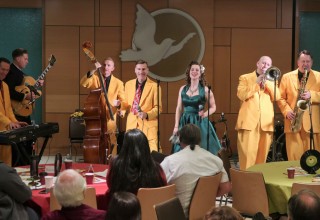 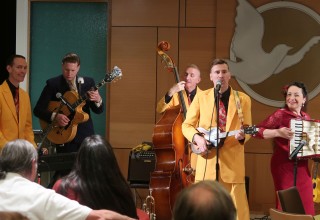 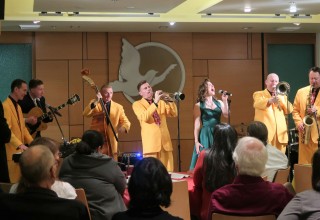 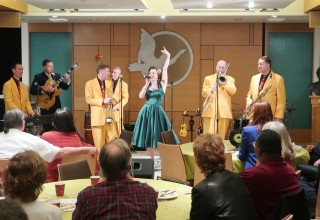