The District will pay a 15-year former employee who alleged harassment and retaliation. 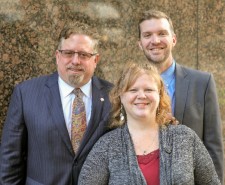 After Ms. Brame filed a written complaint on Nov. 16, 2015, the District opened an investigation. Ms. Brame left behind a successful 15-year career at the Seattle Public School District.

According to her attorney, Scott Blankenship, “The District did not finalize its investigation until after she resigned. Ms. Brame wanted justice and change for herself and her coworkers.”

The District’s formal investigation concluded on June 20, 2016, more than two months after Ms. Brame’s resignation and eight months after her written complaint to HR. The District found no violation. Ms. Brame appealed the decision on June 29, 2016, to the Superintendent.

The District’s April 12, 2016 investigative report actually confirmed many of Ms. Brame’s allegations. In a letter written on July 28, 2016, by Deputy Superintendent Stephen J. Nielsen, the District reversed its own position.

Scott Blankenship served as lead counsel for Mrs. Brame with associate attorney Rick Goldsworthy of The Blankenship Law Firm. The Blankenship Law Firm is an AV-rated law firm located in downtown Seattle with lawyers licensed in Washington, Oregon, and Alaska. The firm practices in state and federal courts, while practicing primarily employment law and related complex civil litigation in all phases of negotiation and litigation including appeals. Key documents are hyperlinked and embedded in this release. More information is available online at www.blankenshiplawfirm.com.

About The Blankenship Law Firm

The Blankenship Law Firm, P.S., is a premier Northwest litigation firm with a reputation for aggressive and effective advocacy and an established record of success in the litigation of employment and civil rights disputes.

The Blankenship Law Firm and the Federal Government Advance Rights for Women in the Workplace, in Sexual Harassment and Retaliation Case for $450,000 in Settlement Approved Today in US District Court at Tacoma
Koelsch Senior Communities and The Hampton at Salmon Creek - a memory care facility located in Vancouver, Washington - agree to pay $450,000 to a former female employee who alleged that she was repeatedly sexually harassed and retaliated against by management.
The Blankenship Law Firm - Mar 12, 2020
Newswire