Seattle's Church of Scientology marks the 10th Anniversary of Nelson Mandela International Day with a special forum on human rights.

SEATTLE, July 30, 2019 (Newswire.com) - ​​Seattle’s United for Human Rights chapter organized a forum at the Church of Scientology Seattle as a tribute to Nelson Mandela. The program presented an overview of Mandela’s life and work and the state of human rights in the world today.

Nelson Mandela once said: “What counts in life is not the mere fact that we have lived. It is what difference we have made to the lives of others that will determine the significance of the life we lead.” And what better way to create such a difference than by inspiring youth to become human rights advocates.

United for Human Rights (UHR) and its initiative for young people, Youth for Human Rights International, mobilize volunteers across the globe to secure the human rights of others through award-winning materials that increase awareness and understanding of the United Nations Universal Declaration of Human Rights.

Its award-winning documentary, The Story of Human Rights, was played for the crowd, along with several of its 30 public service announcements detailing each precept of the Universal Declaration of Human Rights. This included “The Right to Public Assembly,” which features footage of Nelson Mandela and Martin Luther King, Jr., who exercised this right to accomplished tremendous social change.

A guest speaker from  Amnesty International’s Group 4 of Seattle emphasized the need to promote the Universal Declaration of Human Rights, which Amnesty calls “the foundation stone of the rights that Amnesty, and its seven-million strong power base, fight for day in, day out.”

Evidence of the need for greater awareness and support for human rights is the number of violations the world over, covered in Amnesty International’s latest annual report. The State of the World’s Human Rights 2017/2018 cites violations in some 159 countries.

In 1969, Scientology Founder L. Ron Hubbard wrote, “The United Nations came up with the answer. An absence of human rights stained the hands of governments and threatened their rules. Very few governments have implemented any part of the Universal Declaration of Human Rights. These governments have not grasped that their very survival depends utterly upon adopting such reforms and, thus, giving their people a cause, a civilization worth supporting, worth their patriotism.”

It is to bring about such reform that the Church of Scientology and Scientologists support United for Human Rights and make its educational materials available free of charge to educators, community leaders and anyone wishing to raise awareness of the Universal Declaration of Human Rights. For more information, visit Scientology.org or watch human rights programming on the Scientology Network. 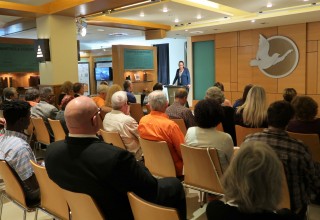 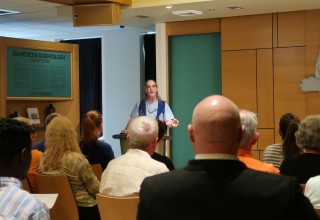 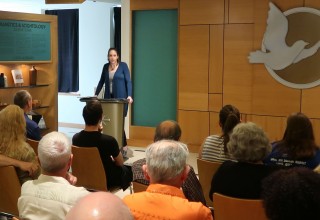