EKM/PR announces actor Marcucci, who currently stars with Kristen Bell in new national commercial campaign, will be featured in season 2 of series 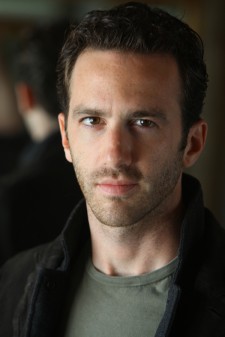 LOS ANGELES, February 1, 2020 (Newswire.com) - Spectrum unveiled the release date for the long-anticipated series, “Manhunt: Deadly Games.” The show, which follows the hunt for the 1996 Atlanta Summer Olympics bomber, premieres Feb. 3. The show focuses on Richard Jewell (Cameron Britton), the man accused of planting a bomb in Centennial Olympic Park. Jewell’s mother is portrayed by veteran actor Judith Light. In the series, newcomer Nick Marcucci, known for his breakout role as Eli Shapiro in Aaron Sorkin’s “The Newsroom,” plays Bradley Cronin. As the slick public relations wunderkind who pushes Jewell into the national spotlight, Marcucci shines alongside his co-stars.

Of the experience, Marcucci said: “It was great being back in Pittsburgh to shoot. I graduated from Carnegie Mellon University, so to be back there to film this show was a dream come true. One of the days we filmed feet away from my freshman dorm which made it all come full-circle for me.”

He continued: “It was such a joy being back in Pittsburgh because I’ve always loved the city and the people there. It was an honor being a part of this timely and important story.”

Nick Marcucci is currently appearing opposite Kristen Bell in the latest national commercial campaign for Enterprise Rent-A-Car. The Carnegie Mellon University graduate is one to watch. Marcucci has appeared on E!’s “After Lately” with Chelsea Handler,” “The Bold and the Beautiful,” “The Newsroom,” and “The Bachelor.” He is a native of Rochester, NY.

Nick is represented by Tony Ferrar at Pinnacle Theatrical Talent. He is available for phone, on-camera, and email interviews.