When it comes to the work they do in DUI cases, the Scottsdale Police Department's Crime Laboratory, has been plagued by scandals for several years. Unreliable chemical tests have been used to support Scottsdale DUI arrest decisions. Lawyers fighting this kind of flawed forensic evidence must have specialized scientific knowledge and experience. Therefore, Lawrence Koplow, an Arizona DUI Attorney who focuses on the defense of DUI and Vehicular Crimes cases, has published the Definitive Guide to defending Scottsdale DUI cases.

SCOTTSDALE, Ariz., July 6, 2020 (Newswire.com) - In DUI cases, the believability of a government’s forensic test, that claims to show a person’s alcohol concentration, is often the difference between innocence and guilt. History, particularly in Scottsdale DUI cases, has revealed many instances where these test results appeared believable, but were later found to be unreliable. The fundamental challenge, when defending DUI cases, is that most people automatically assume these blood and breath tests are correct – unless proven wrong.

This has been the dilemma in Scottsdale DUI cases for almost a decade due to the systemic scandals that have occurred in their crime laboratory.

DUI cases in Scottsdale must be treated differently than other jurisdictions. The history of systemic errors in their crime laboratory require their proposed forensic claims be analyzed by lawyers who understand the relevant scientific standards to ensure their reliability. Unfortunately, there are only a handful of lawyers with the necessary expertise.

To identify and understand the significance of reoccurring lab errors in Scottsdale DUI cases requires an understanding of many different areas of forensic science and sub-specialties including:

To help clients defend these cases, and bridge the knowledge gap most Scottsdale DUI Attorneys suffer from, Mr. Koplow has created a definitive guide. In his Definitive Guide to Scottsdale DUI Cases, Mr. Koplow provides specific information relating to issues with the Scottsdale Crime Lab.

The guide also provides a repository to DUI specific scientific concepts for all DUI cases such as:

If these are the kinds of questions you want answers to then view the definitive guide: HERE

ABOUT LAWRENCE KOPLOW:
Mr. Koplow is a former DUI and vehicular crimes prosecutor who focuses his private practice to the defense of these cases. He is one of the most sought after DUI lawyers in the United States. Beyond the individual clients he decides to take on, a significant portion of his caseload comes from other attorneys that have retained him as co-counsel in DUI and impaired driving matters.

Lawrence Koplow is an Arizona criminal defense attorney with over 20 years of experience. He focuses his practice on DUI and Vehicular Crime allegations. 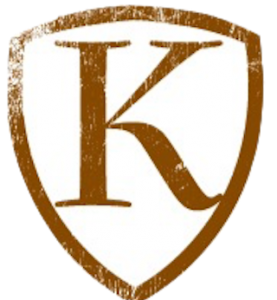