Coastal cities like Miami, New Orleans and Norfolk will always be at risk to get a pummeling. 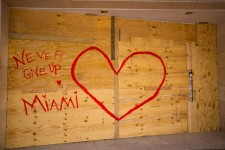 MIAMI BEACH, Fla., June 3, 2018 (Newswire.com) - ​Scott Cooper Miami Beach News has just released an article: "Miami - Are You Ready For Hurricane Season?" It gives some advice on staying safe before and after the storm. It also provides a Hurricane Checklist to stay organized.

The 2018 Atlantic hurricane season officially began on Friday, June 1. If the season is anything like last year, you may want to stock up on supplies early.

The National Oceanic and Atmospheric Administration has predicted a 75-percent probability that this year's storm activity will be at regular or above-normal levels, with a 70 percent likelihood of 10 to 16 storms with winds of at least 39 miles per hour.

On the other hand, people don't have to panic just yet. Some experts believe that storm activity will be below last season's levels. "This year actually, the prediction, from a numbers perspective, will be a quieter year than it was last year, in fact, a little lower than normal in terms of the overall number of storms," said Paul Walsh, director of weather strategy at IBM Global Business Services.

"Coastal cities like Miami will always be at risk because of rising sea levels, the growth in waterfront real estate construction and the effects of climate change," stated Scott Cooper of Miami Beach, Florida.

"In addition to the human tragedy that these extreme weather events leave behind, these powerful hurricanes damage the economy in many different ways," according to blog Scott Cooper Miami Beach.

WIND: The winds create large-scale power outages that can last for months.

STORM SURGE: As the water rises above traditional sea levels, the wind pushes the water onto shore. Water is heavy and combined with the wind creates massive amounts of damage to property and infrastructure.

EXTREME RAIN: Combined with the wind and storm surge, extreme rainfall creates flash floods which lead to the majority of deaths and damage to automobiles and other property.

According to Scott Cooper, "The Florida Keys still has not rebuilt from the wreckage that Hurricane Irma left behind. The unfortunate upside is that the southern tip of Florida has less to lose if the Keys get hit again."

Extreme weather events create billions in damage to the economy. The most damaging hurricane of all time was Hurricane Katrina in 2005. The impact on the economy was said to exceed $250 billion. The second most damaging was Hurricane Harvey in 2017. It supposedly cost $125 billion. Hurricane Irma cost $100 billion in 2017. Hurricane Sandy cost $71 billion in 2012. Hurricane Ike cost the economy close to $30 billion in 2008 and Hurricane Andrew cost Florida $26 billion in 1992. "The only good news is that the application of artificial intelligence has improved extreme weather forecasting," noted Miami's Scott Cooper. "However, being that the second and third most damaging hurricanes of all time occurred last year, it's going to take a lot more than AI to get us out of this mess." 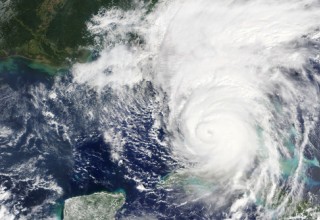 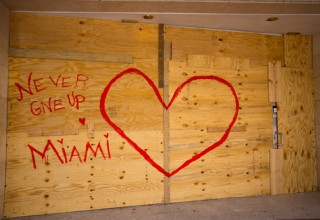 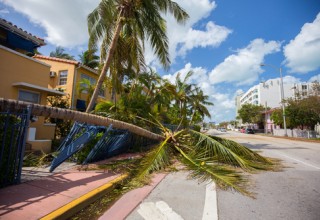 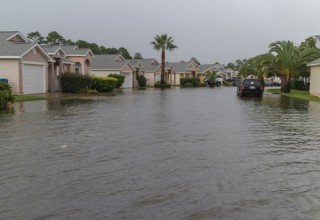 White Nationalist Movement is Growing "The white supremacy movement is growing in america." "You may not see it in your backyard or community but its happening and its spreading like wildfire across the net."