Scientology Welcomed to the Crossroads of the World

A Scientology Mission in Panama City, the jewel of the Americas

PANAMA CITY, Panama, October 13, 2019 (Newswire.com) - ​​With a recorded history spanning five centuries in one of the most beautiful lands on Earth, Panama City has everything. Surrounded by volcanic peaks, rainforests, and rivers, more than 50 skyscrapers carve out a skyline mere blocks from the 17th-century Nuestra Señora de la Asunción Church. Within the heartland of this nation, seven indigenous cultures live much as they did before Spanish conquistadors first planted their flags in her soil. Since the turn of the 20th century, the country’s eponymous canal has connected Pacific with Atlantic—East with West. And on a beautiful October afternoon, Panama saluted a new partner in the heritage of the country with a hearty “Bienvenido” to the Scientology Mission of Panama.

The celebration began with a dazzling performance by Ballet Folklorica of Panama. Religious leaders of other faiths then blessed the new Scientology Mission and welcomed it to the country.

Special guest speakers joined Mission Director Giselle Lima at the podium: Captain Maribel de Ortega of the National Police of Panama (ret.) also a professor of fine arts and diversified middle education; and Mr. Jorge Rubio, whose illustrious career of public service includes leading the Presidential Commission for the drafting of the Panama Political Constitution in 1995; serving as Deputy in the National Assembly and President of the Committee on Government Justice; president of the Inter-American Federation of Lawyers; professor of political science at Santa Maria La Antigua University; and member of the International Legal Assistance Consortium.

As part of the National Police of Panama for over 30 years and eventually heading the police force, Captain de Ortega has dedicated her life to protecting families and improving society.

“I have seen that there is a trap in Panama that is degrading our society by destroying people mentally and physically—drugs,” she said. “In 2015, I had the good fortune to attend training presented by the Foundation for a Drug-Free World. By educating the fundamental pillar of this society—the family—on the truth about drugs, we protect and are custodians of our greatest treasure and future of our country. Spreading the truth about drugs makes me part of the solution for the families and children of Panama.

Through his years in private practice and public service, Mr. Rubio has promoted values and social change in the country, yet it has been clear to him that these values are deteriorating.

“Luckily for me, I discovered The Way to Happiness, a nonreligious moral code published originally in 1981 by L. Ron Hubbard,” he said. “This booklet provides that path to happiness that I dreamed of. Thanks to support of the Way to Happiness Foundation, for four months I toured every neighborhood in my community and presented a copy of The Way to Happiness booklet to thousands of voters at home, face-to-face, and asked them to read the booklet. This was not political, it was so we could learn to live better each day. In total, I gave out over 10,000 copies of this wonderful common-sense guide to better living.

“I invite each of you to look into the booklet for yourself and improve your own life and that of the people around you. Through this new Church of Scientology in Panama, I hope to see each of you discover the solutions this new Church has to offer for you and our society at large.”

“Our Mission is here to serve the individual,” said Mission Director Giselle Lima. “We also serve the entire community as the central ground from which to emanate Mr. Hubbard’s solutions for drug rehabilitation, drug prevention, and campaigns to salvage every sector of society.

“As L. Ron Hubbard stated: ‘A civilization without insanity, without criminals, and without war, where the able can prosper and honest beings can have rights, and where Man is free to rise to greater heights, are the aims of Scientology.’

“Together we can make this a reality, in this vibrant and important country.”

The Scientology Mission of Panama City is equipped with every facility needed to provide the full array of introductory Scientology services. These include the popular Life Improvement Courses through which anyone may find workable solutions to common challenges of everyday life—such as how to improve a marriage, successfully raise children, increase personal motivation, and set and achieve goals.

The new Mission also offers seminars on a wide range of topics, including personal efficiency. The Hubbard Dianetics Seminar is based on Mr. Hubbard’s watershed work Dianetics: The Modern Science of Mental Health, the best-selling book that reveals the source of one’s nightmares, unreasonable fears and irrational behavior—the reactive mind—and how to conquer it.

Additionally, the Mission provides spiritual counseling, known as auditing, and the Purification Program, developed by Mr. Hubbard to free individuals from the mental and spiritual damage caused by drugs and toxins.

Many more Scientology Missions are set to open across North and South America, Europe and Asia in the coming year. 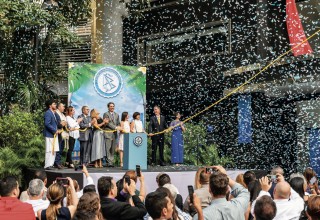 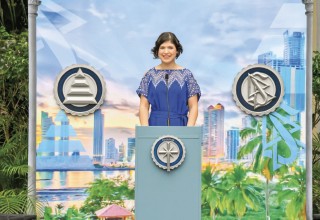 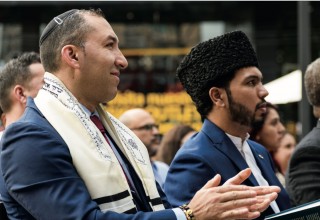 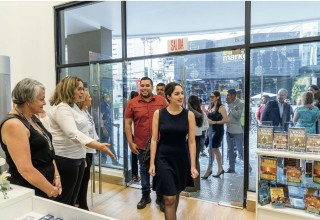