Without much fanfare, a prison in Siaya, Kenya, is investing in the future of inmates, using the Scientology Volunteer Ministers program. 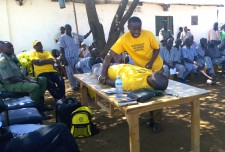 It began over a year ago when Scientology Volunteer Minister Daniel Okello held his first seminar for 200 inmates. Okello covered two chapters—”Honesty and Integrity” and “How to Resolve Conflicts”—from the Scientology Handbook, the textbook for the program based on the works of Scientology Founder L. Ron Hubbard.

“At the start of the seminar the prisoners looked depressed,” says Okello, who noted the inmates began smiling and laughing as they realized how they had ended up in jail and what they could do about it. The prison commander asked Okello to come back to train the prison officers and deliver the program to 300 more inmates.

In March, when Siaya GK Prison held an Open Day—when officials visit and prisoners are free to interact with them and with family members—the prison commander addressed the Siaya County Commissioner, high court judges, police commanders, and other senior government officials attending, and introduced them to the Volunteer Ministers program and the results it accomplished. He described the role of the Volunteer Minister and the partnership between the program and the prison. The commander attributed the prison’s turnaround to the training of prison officers and inmates that began five months earlier. The High Court Registrar confirmed his claims, saying that for the previous three months, there was not a single case of recidivism (someone released from the prison being rearrested).

The program continues, with prison officials providing personal help to inmates based on the skills they have learned.

In a seminar to launch the program for 2019, the Siaya Prison VMs trained inmates on how to give Scientology Assists to each other. An assist is a technique developed by Mr. Hubbard that speeds healing by addressing the spiritual factors in stress and trauma. They reached out to a dozen new inmates who were injured while committing the crimes that resulted in their incarceration—two of them were recuperating from gunshot wounds. All 12 experienced relief from the assists. Okello met with the Siaya VM group leaders who agreed to hold monthly clinics at the prison where they will provide assists and use Scientology VM technology to counsel the inmates.

The Church of Scientology Volunteer Minister program is a religious social service created in the mid-1970s by L. Ron Hubbard. Anyone of any culture or creed may train as a Volunteer Minister and use these tools to help their families and communities.

In creating the Volunteer Ministers program, L. Ron Hubbard wrote: “If one does not like the crime, cruelty, injustice and violence of this society, he can do something about it. He can become a Volunteer Minister and help civilize it, bring it conscience and kindness and love and freedom from travail by instilling into it trust, decency, honesty and tolerance.” 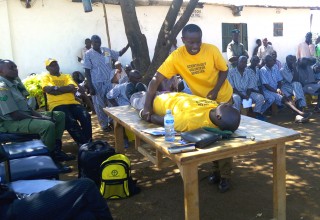 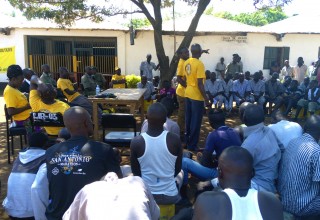