Scientology: Safest Buildings in Clearwater, Opened to the Community for Hurricane Irma

With Hurricane Irma barreling up the west coast of Florida, the Church of Scientology has opened its facilities to anyone needing a secure place to stay.

“There are people in cots in the Fort Harrison auditorium,” says a Scientology Volunteer Minister who drove in from Texas after weeks on Hurricane Harvey disaster relief. “I’m staying on a cot in the gym at the Oak Cove. Pretty comfortable.”

Florida Governor Rick Scott has warned that the entire west coast of Florida will probably experience dangerous storm surge. Some 6.3 million Florida residents—just under a third of the state—have been asked to evacuate.

“We’ve put together hundreds of hygiene kits for people who have moved into temporary shelters,” says Church of Scientology spokesperson Rev. Pat Harney. “We have been coordinating with Florida VOAD (Voluntary Organizations Active in Disaster), state and federal emergency management personnel, the Clearwater police and the Pinellas Sheriff’s Department.”

Scientology Volunteer Ministers (VMs) will be available to assist police and firefighters and their families. “During times of disaster, these first responders are the people who are saving lives and we try to look after them so they don’t have to be worried or distracted,” says Rev. Harney.

VMs have been helping at several shelters set up in the Tampa Bay Area including Pasco Elementary School, where they unloaded three palettes of food and water, Gibbs High School and John Hopkins Middle School in St. Petersburg.

For more information, contact the executive director of the Scientology Volunteer Ministers of Florida, Glendy Goodsell, at (727) 467-6965 or email glendy@volunteerministers.org. 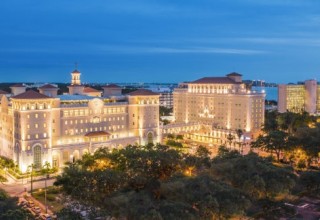 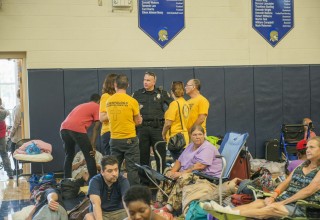 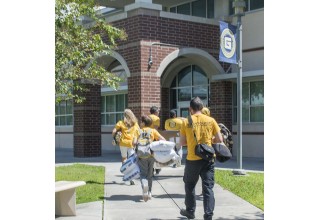