With the opioid crisis now formally declared a nationwide public health emergency, the Nashville Church of Scientology Red Ribbon Week open house educated students on what they can do to help. 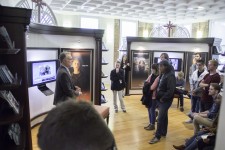 NASHVILLE, Tenn., October 31, 2017 (Newswire.com) - More than 1,600 Tennesseans died in 2016 of drug overdose from opiates, illicit drugs and other medications such as benzodiazepines—a 12 percent increase over the year before.

Although state officials have taken steps to successfully curb opiate prescriptions, there has been an unintended consequence: As prescription pain pills become harder to access, addicts have turned to heroin.

To protect youth from the disastrous effects of abusing drugs, Scientologists partnered with Drug-Free Tennessee to bring the truth about drugs to local students. The Nashville Church of Scientology held a Red Ribbon Week program in its Public Information Center to reach local youth with their drug-free message and educational materials.

Red Ribbon Week is held the last week of October nationally to promote drug-free lifestyles. The Red Ribbon was adopted as a symbol in 1985 when undercover DEA Agent Enrique “Kiki” Camarena was murdered by a Mexican drug cartel. His death has inspired parents and youth in communities across the country to take action. Their red ribbons signify their commitment to raising awareness of the death and destruction caused by drugs.

“It’s more important than ever to get the truth about drugs to Tennessee youth,” says Brian Fesler, regional coordinator for Drug-Free Tennessee. “We want students to think of drugs as a bad deal.”

The Foundation for a Drug-Free World (FDFW) is a secular nonprofit corporation that empowers youth and adults with factual information about drugs so they can make informed decisions to live drug-free. The Church of Scientology and its members support the Foundation for a Drug-Free World whose Truth About Drugs campaign is one of the world’s largest nongovernmental drug education and prevention initiatives. Thanks to this support, the Foundation provides—free of charge—drug education booklets, videos and educator guides to teachers, mentors and civic and community leaders. 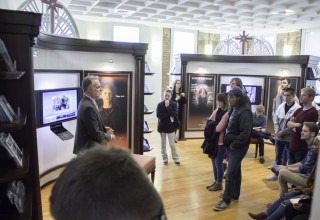 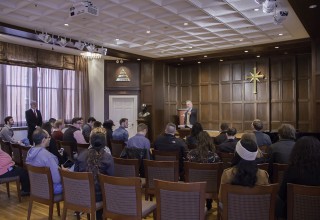 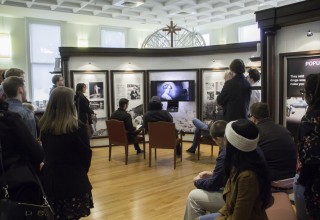