Compassion that makes a difference: This is the quality that distinguishes both humanitarians honored Oct. 24 at the Church of Scientology National Affairs Office in Washington, D.C. 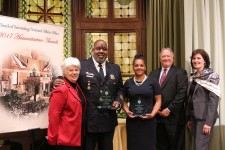 In making the presentation, National Affairs Office Executive Director Beth Akiyama said the awardees uplift society with “their vibrant and creative purpose, a strong sense of justice, and drive, and a desire to fight for what is right.”

Throughout her career, Ms. James has sought justice for disenfranchised people, first as a youth worker and later as a criminal defense attorney. She is the author of Upper Bunkies Unite: And Other Thoughts on the Politics of Mass Incarceration, which describes life in federal prison. She is the founder of the Boston-based nonprofit Families for Justice as Healing, dedicated to mobilizing women who have spent time behind bars to fight for prison reform. Ms. James is a recipient of the 2016 Robert F. Kennedy Human Rights Award.

Officer Arthur Douglas has been with the D.C. Metropolitan Police Department for more than 27 years, currently working as a School Resource Officer. He founded the Metro D.C. Police Department’s summer crime prevention initiative known as “Beat the Streets.” It is a traveling community festival organized by the Metropolitan Police Department in partnership with local social service agencies and community vendors. People of all ages enjoy the food and musical performances by local bands and artists. While pursuing his passion to bring the police, youth and community together every summer, he also continues his work as an SRO during the school year.

Inspired by the words of humanitarian L. Ron Hubbard that “a being is only as valuable as he can serve others,” these awards recognize exemplary humanitarian leadership and achievement. They were presented at a celebration marking the fifth anniversary of the Church of Scientology National Affairs Office, a facility established to address and promote collaboration on solutions to challenging social issues through Church-supported secular humanitarian and social betterment programs that provide literacy training, drug education and rehabilitation, criminal rehabilitation, human rights education and character building. The office is also active in the public policy community in these areas, criminal justice reform, and international religious freedom. 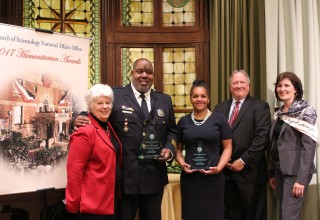 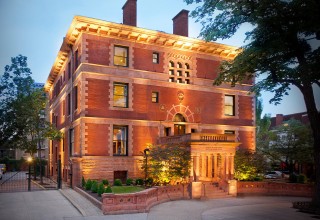