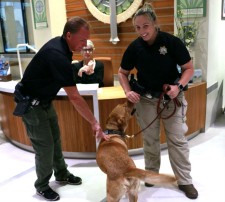 Attended by community and faith leaders, this year’s forum focused on marijuana and opioids and the harm they are causing in Central California. Speakers emphasized that although more than 28,000 people in the U.S. died of synthetic opioid overdose in 2017, by working together the community can create positive change.

The program opened with a video on the global impact of drug education provided by Foundation for a Drug-Free World. Reaching some 200 million worldwide with the Truth About Drugs message, the Foundation empowers youth with knowledge about what drugs are and what they do so they can make the firm and self-determined decision to live drug-free.

Ed Shemelya, National Marijuana Initiative Director, stressed the importance of bringing the community together to counter current drug trends. Things will change when enough people realize the inevitable result of increased drug use, he said.

Opiates expert Erasmo Carrizosas briefed those attending on black market Fentanyl. Ingestion of micrograms of the substance can be fatal. He supports prevention and community/law cooperation in prevention activities. “No officer likes arresting people or has that as his goal,” he said. “Our jobs are necessitated by the deaths associated with these drugs. Saving lives is really what our jobs are all about.”

Central Valley HIDTA Director William Ruzzamenti voiced his support of forums like this that bring together diverse members of the community to gain knowledge and make a difference. He cited the work of one of the speakers, Bishop Ron Allen of the Faith-Based Coalition and the Greater Solomon Temple, as an example of this kind of activity.

The Sheriffs Department Canine Unit demonstrated their capabilities of locating and sniffing out illicit drugs but pointed out that by itself this is not a solution. They too support community drug prevention in the Sacramento area.

The Church of Scientology and Scientologists support the Foundation for a Drug-Free World, making it possible to provide its fact-based educational materials free of charge to educators and community and faith organizations. Nearly three hundred copies of Foundation materials were handed out at the event’s conclusion.

According to Scientology Founder L. Ron Hubbard, “Research demonstrates that the single most destructive element present in our current culture is drugs.”

“This is even more true today than it was when Mr. Hubbard wrote this more than three decades ago,” said the Church of Scientology Sacramento Public Affairs Director Mike Klagenburg. “Scientology parishioners are dedicated to creating a drug-free world by educating others about illicit drugs.” 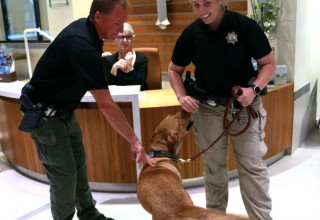 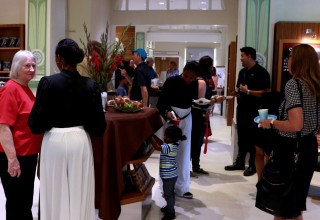 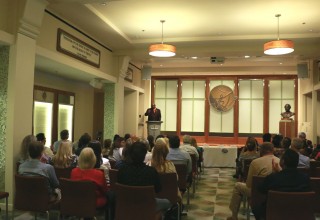