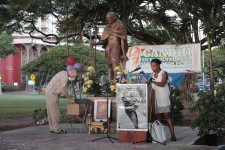 HONOLULU, October 4, 2017 (Newswire.com) - Science of Identity Foundation is honored to have sponsored and participated in the 12th annual observance of Mahatma Gandhi Day at Kapiolani Park Monday evening. Several hundred people, including various religious leaders, state legislators, and a representative from the Honolulu Mayor’s office, gathered to honor one of the most important political and spiritual leaders of our time and the pioneer of satyagraha, or peaceful resistance.

By United Nations proclamation, October 2nd is also celebrated throughout the world as The International Day of Non-Violence. As such, yesterday’s celebration was especially poignant, coming only one day after the horrific tragedy in Las Vegas.

Jeannie Bishop, president of Science of Identity Foundation, said: “Today’s celebration was especially unique, because there was a palpable sense in the air that people were determined to follow the example set by Mahatma Gandhi, and that even in the wake of yesterday’s tragedy, love would triumph hate, and violence would be overcome with aloha."

Festivities included performances by musicians, a hula halau, and a candlelight vigil. Members of Science of Identity Foundation also held a brief impromptu kirtan honoring Gandhi and his movement of peace and non-violence. 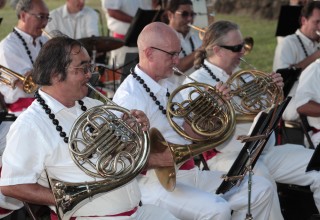 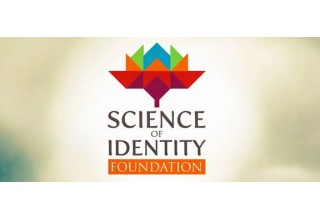 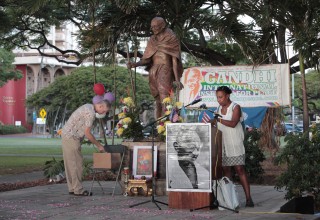 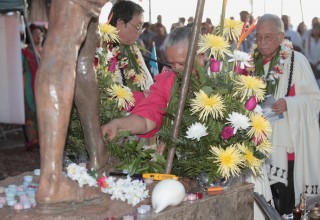