Science of Identity Foundation Contributes $30,000 to the Vrindavan Cultural Center

The first phase of Vrindavan Cultural Center project is being built in Vrindavan, India and is scheduled to open in the Spring of 2020. 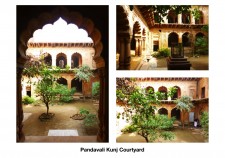 HONOLULU, Hawaii, January 28, 2019 (Newswire.com) - Science of Identity Foundation contributed $30,000 to the Vrindavan Cultural Center project being built in Vrindavan, India. The first phase is scheduled to open in the Spring of 2020. The mission of the Vrindavan Cultural Center (VCC) is to provide visitors an opportunity to explore and engage with the rich history, cultures, and devotional heritage of Vrindavan.

The Vrindavan Cultural Center will be a place where visitors from around the world will be offered a comprehensive overview of the history, devotional culture, and philosophy related to the holy city and sites of Vrindavan and the many saints who have resided there. The Vrindavan Cultural Center will do this by offering visitors an introduction to the founders, temples, deities, and devotional literature of Vrindavan through visual and audio exhibits, cultural performances, festivals, workshops and seminars. The Center will also provide a present-day overview of the ecological challenges and environmental initiatives throughout the area.

Through partnerships with scholars, artists, institutions, and various NGOs, the Vrindavan Cultural Center will provide authentic educational and cultural experiences, offering both introductory and academic access to the deep and rich traditions of the greater Braj area. The center will also be an extension of the Oxford Centre for Hindu Studies and the Yamuna Network and offer a space to the public for the cultivation of art, education, research, events, and environment awareness.

The Vrindavan Cultural Center is located at Pandavali Kunj, Keshi Ghat, situated on the banks of the Yamuna river. Pandavali Kunj is an approximately 200-year-old red sandstone haveli and is located adjacent to the historical Yugal Kishor temple. Its red sandstone ghats (riverbanks), which descend into the Yamuna river, are part of the parikrama (pilgrimage) path, which millions of pilgrims annually use to circumambulate Vrindavan, as is the tradition. The ghats are also the traditional ceremony location for the Yamuna arati, traditional rites of passage, and events, as well as the site of Krishna’s significant pastime with the Keshi demon referred to in the Bhagavata Purana.

In addition to the ghats, Pandavali Kunj consists of four galleries with over 20 different rooms ornamented with beautifully hand-carved sandstone facades, balconies, a large rooftop terrace, a basement, a traditional ceremonial courtyard, and additional staircases going down to the ghat-side terrace where two large rooms are also located. Situated on the other side of Pandavali Kunj, next to the Yugal Kishor Temple is the famous Lakshmi Rani Kunj, which comprises the other 50 percent of Keshi Ghat. Pandavali Kunj is, therefore, a well-known historical landmark in Vrindavan and provides a rare, beautiful, and peaceful setting for the Vrindavan Cultural Center.

The Pandavali Kunj building was originally constructed by a Maharaja from Rajasthan as a Summer palace for pilgrimage to Vrindavan as was often the practice by the various Kings of India. In 1995, the property was purchased by the Prabhupad Bhakti Siddhanta World Mission Trust with the aim of creating a legacy project that would serve the local and international community by providing unique access to this sacred land. Over the past two years, the building has been undergoing major renovation work to prepare it to house the Vrindavan Cultural Center.

Established in 1977 by Jagad Guru Siddhaswarupananda, Science of Identity Foundation teaches the practice of meditation and kirtan—along with the timeless yoga wisdom of Vaishnava Hinduism—to help individuals achieve greater spiritual, mental, and physical well-being. Passed down for centuries through an unbroken line of self-realized teachers, this ancient and authentic process of self-discovery can be practiced by anyone. 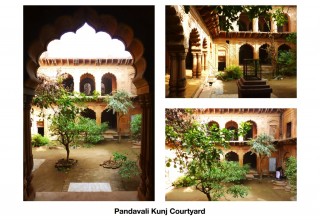 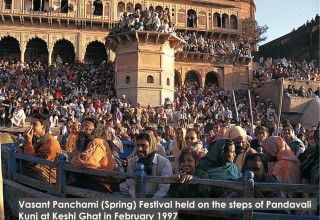 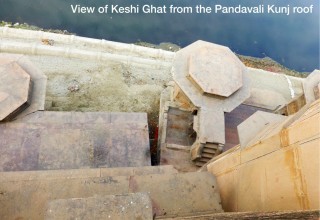 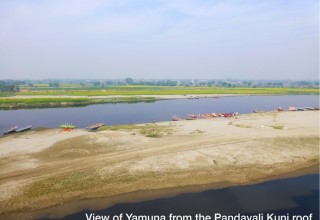