Marc Schuil, company president, steps down to empower a new generation of Schuil & Associates leaders and focus on serving clients

Longtime company president Marc Schuil announced that he is stepping down as acting president to focus on reengaging with his client base. Marc was appointed President in 2019. He took over from Mike Schuil, acting president from 1983-2019, to transition the company to its new organizational structure, bringing in the younger generation as well as the non-family members that are now shareholders.

"It's been my honor to lead Schuil & Associates and watch it grow from a small but determined family business into a leader in agricultural real estate - but most importantly, to see the personal growth of each team member," said Marc. "I'm very proud of everything we've accomplished thus far, and under Doug's leadership, have never been more excited about the future of this company. I'm looking forward to once again being focused on serving our valued clients."

Doug has led several key initiatives since becoming Vice President in 2019, including leading the development of Schuil & Associates' mobile app, expanding the marketing department, and expanding the company's footprint in new regions.

A longtime agent with the company, Doug has consistently been a top performer who has taken on multiple leadership roles both within the company and the community. Coming from a multi-generational farming family himself, Doug graduated from California Polytechnic State University-San Luis Obispo with a Bachelor of Science (BS) in BioResource and Agricultural Engineering and from the California Ag Leadership Program's Class 40.

"I'm honored and humbled by the trust I've received from the company leadership and am excited to help lead Schuil & Associates as its new president," said Doug. "I've been here for more than a decade and have seen the company grow to become a leader in agricultural real estate. This is a testament to Marc's leadership, and to the brilliant team members who've entrusted their confidence in me. I look forward to making them proud by helping grow Schuil & Associates to new heights."

Schuil & Associates also announced additional changes to its leadership, including:

Lastly, Schuil & Associates announced the hire of Samuel Marshall who joins the company's growing marketing team as the company's first visual media manager. His role will include helping grow the company's content creation efforts via his skills in photography, videography, and drone footage to showcase the firm's industry-leading agricultural properties.

Schuil & Associates is a family-owned, one-of-a-kind agriculture real estate team with roots planted in the Central Valley of California. For over 37 years, Schuil & Associates has grown to serve both buyers and sellers across the country. 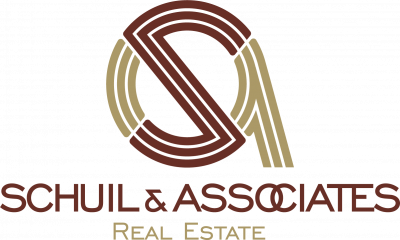