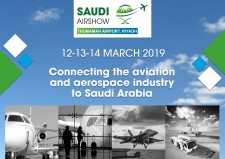 RIYADH, Saudi Arabia, December 15, 2018 (Newswire.com) - The Saudi Aviation Club has announced a strategic partnership with the General Authority of Civil Aviation (GACA) to establish the first Saudi International Airshow, to be held in Riyadh from 12 to 14 March 2019.

The Saudi Aviation Club revealed that the exhibition is the first of its kind in the field of aviation and aerospace in the Kingdom, highlighting its importance in supporting the civil aviation industry.

In a press release issued today, the club said that the GACA will play an important role in the Saudi International Airshow as a strategic partner. The TRA has formed a supervisory committee to welcome more than 100 aircraft from abroad to be showcased at the event and to apply the relevant rules, regulations and procedures to ensure air transport safety and security during the airshow.

Saudi International Airshow will welcome exhibitors and delegates from across the world. Thumamah Airport will be dedicated solely to the exhibition.

Saudi International Airshow will host a mix of business and commercial aviation and aerospace exhibitors on a 100,000 sqm static area which will accommodate more than 100 aircraft ranging in size from single-engine and executive jets to commercial wide-body aircraft. The show will offer chalets located next to the runway to enable manufacturers to present their entire range of aircraft and to facilitate demonstration flights. In addition, three exhibition halls will host more than 500 booths and international pavilions where exhibitors will showcase a full range of aviation and aerospace services and products.

The Director General of the Saudi Aviation Club, Captain Ayed bin Odeeb Al Qassimi, thanked the President of the General Authority for Civil Aviation as a strategic partner, and platinum sponsor, appreciating the Authority’s support of activities and events that serve the civil aviation sector and increase its quality and professionalism.

The Saudi Air Show is one of the most important new destinations in the world of civil aviation as KSA is one of the leading countries in the region in the aviation industry and has the largest market for aircraft parts in the Middle East.

The Saudi Aviation Club (SAC) is one of the most prestigious aviation clubs in the world. SAC, headquartered in Riyadh, owns and operates Thumamah Airport, Riyadh, and offers a variety of aviation activities.

SAC was established by the Council of Ministers in December 2000 as an independent, nonprofit entity to promote aeronautical sciences and encourage public participation in aviation. SAC aims to improve and encourage aviation activities in accordance with the highest safety standards. SAC has successfully organized many aviation events, forums, and fly-ins, which had an excellent reputation in the region. 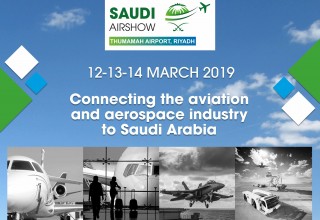 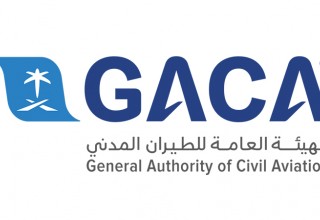 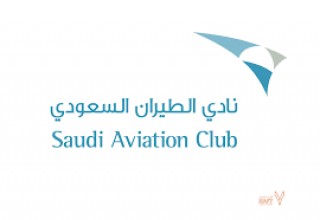