The chance to be on "Funderdome" is a dream come true for San Diego inventor Janice Chernitzky. 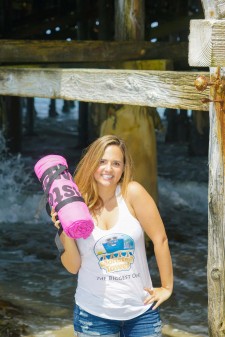 SAN DIEGO, September 15, 2017 (Newswire.com) - University of San Diego and Francis Parker alumnus, Janice Chernitzky, inventor of the Monster Towel will be on Steve Harvey’s “Funderdome” Sunday, Sept. 17. The show airs at 9:00 p.m. on the ABC Television Network. “Funderdome” is a seed-funding competition reality series in which two budding entrepreneurs go head-to-head to win over a live studio audience to fund their ideas, products or companies. Chernitzky will be promoting her Monster Towel, the world’s biggest towel at 100 square feet.

Monster Towel, LLC is a family-based San Diego business that was launched through a Kickstarter campaign in 2014. The idea for the towel came to be when Chernitzky was at Pacific Beach in San Diego and noticed that no one had a big enough beach towel. After checking the market and finding a range of beach items, she didn’t find the towel she had envisioned so she launched her product concept and business. Now, she’s made it to a popular show to seek additional funding.

“This is a dream come true for me, and I am really excited to be on ‘Funderdome’,” says Chernitzky. “The Monster Towel grew out of my own need for a large enough towel at the beach. Monster Towel can be used by more than one person and is better than a blanket or a traditional beach towel due to its lightweight, soft and absorbent material. It also shakes off sand, is machine washable and dryable.”

Monster Towel is made from super soft and absorbent suede microfiber material and takes the place of six regular beach towels. While Monster Towel is huge when extended, bigger than a king size bed, it rolls up small and compact making it easy to carry to and from the beach, park, or anywhere it’s taken. Monster Towel also features corner pockets to fill with sand to keep the towel weighed down and in place as well as hidden zipper pocket for valuables.

To learn more about the Monster Towel, check out 'Episode 109' of Steve Harvey’s “Funderdome” on Sunday, Sept. 17. With the holiday season coming up Monster Towel is the perfect innovative gift for individuals or families that love the beach and outdoors. To purchase Monster Towel, visit MonsterTowel.com or purchase on Amazon.

Monster Towel, LLC is a family owned and operated company out of San Diego, California. The company produces the innovative Monster Towel that is 100 square feet and made of soft and absorbent microfiber. To learn more, visit MonsterTowel.com. 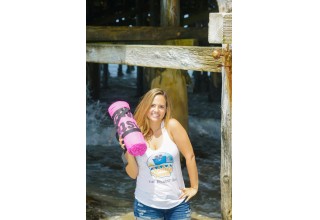 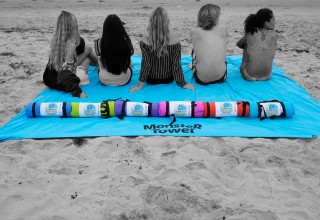 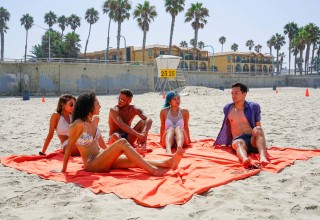 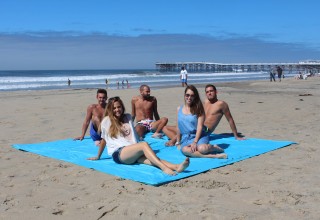 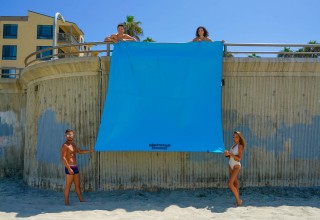 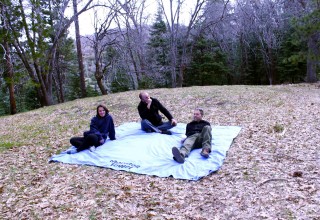 Monster Towel is a small family owned and operated company that got started on kickstarter.com in 2014 Monster Towel is a huge 10x10 foot micro fiber towel that takes the place of six regular beach towel and rolls up small and compact