Research by TPRI - Tanzania has shown that a bio-rational program developed by Russell IPM has controlled Fall army worm by 95%. 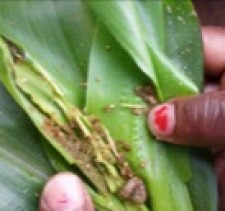 FLINTSHIRE, Wales, September 18, 2017 (Newswire.com) - Russell IPM's bio-rational program proved to manage Fall army worm (Spodoptera frugiperda) in Tanzania successfully — reducing damage in winter maize to less than 5% while traditional pesticides managed to limit the damage to 25-30% only. This will provide a glimmer of hope for African farmers in the fight for their livelihood against this devastating and difficult to control pest.

Fresh research finding published by TPRI — Arusha ​— Tanzania has conclusively shown that a bio-rational program developed by Russell IPM has outperformed traditional pesticides in the combat of Fall army worm (Spodoptera frugiperda). The research was conducted in three regions in Tanzania on Winter Maize (June-September).

Biotrine, Antario and Recharge are the key elements of the program which provides effectiveness, as well as sustainability. In addition, it offers virtually pesticide residue- free Maize. The program was the result of years of development by Russell IPM research and development team in collaboration with a number of Agricultural Research organizations.

Recent reports from Cameron came out in line with the Tanzania results confirming that sustainable and bio-rational solution can outperform traditional pesticides successfully.

Late last year, Russell IPM conducted research to establish the best pheromone lure formulation to attract fall army worm (Spodoptera frugiperda​). In addition to reaching an optimum pheromone formulation and rolling out the most successful monitoring system for the pest, it also helped to identify the genotype of the current pest outbreak and its source.

Fall army worm (Spodoptera frugiperda) belongs to the order Lepidoptera; Noctuidae family, is an alien, invasive moth insect pest native to tropical and subtropical regions of the Americas. It was detected in 2016 in African countries; Nigeria, Sao Tomé, Benin and Togo. It has also been confirmed in Ghana, Zimbabwe, Swaziland, Kenya, Zambia and Congo Democratic Republic, and there are preliminary reports of the pest in Malawi, Mozambique, Namibia, South Africa, Ethiopia and South Sudan.

Due to the complex nature of fall army worm infestation, high spreading performance, high reproductive capacity and wide host range, it is most likely that the pest will soon be able to colonize most African countries and pose great impact to countries' food security and livelihoods.

Russell IPM is a British company based in north Wales and engaged in the production of Semiochemicals and other bio-rational solutions to agriculture and horticulture worldwide. It is carrying out a number of collaborative research programs to develop innovative and sustainable solutions to agricultural challenges worldwide. Russell IPM was credited with the development of highly sustainable programs to monitor and manage the tomato pest Tuta absoluta over the past ten years. 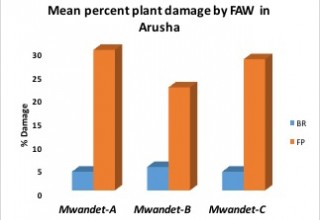 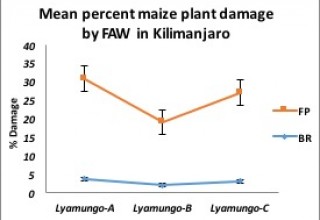 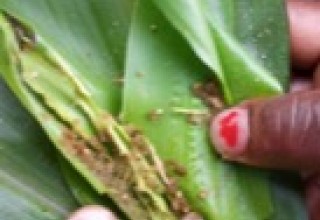 Manufacturer of semiochemicals and other bio rational products to protect crops against pests and diseases.