RUM:30 Revs Its Engine and Prepares to Break Onto the Formula Racing Scene

Rum:30, an emerging Floridian rum launching in April 2016 added another feather to its cap today, announcing a new partnership with Leading Edge Grand Prix as sponsors in a multi-year deal that will put the company squarely in front of the millions who watch the FIA Formula 4 league racing series. 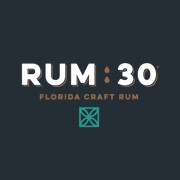 Fort Lauderdale, Florida, March 28, 2016 (Newswire.com) - Rum:30, an emerging Floridian rum launching in April 2016 added another feather to its cap today, announcing a new partnership with Leading Edge Grand Prix as sponsors in a multi-year deal that will put the company squarely in front of the millions who watch the FIA Formula 4 league racing series.

“This is an incredible opportunity and development for our brand,” said Cameron Grace, one of the co-founders of Rum:30. “We are thrilled to be partnering with Leading Edge Grand Prix and also very proud to be part of the roster of previous liquor sponsors that have included Cabo Wabo tequila, owned by Sammy Hagar that sold to Grupo Campari, and among the current sponsors, which include Honda Racing and Pirelli.”

This is a major milestone for Rum:30, and an enormous boost to our visibility in the market,” said Fred Greene one of the co-founders of Rum:30.

Rum:30 is a craft rum made entirely from ingredients sourced in Florida; it offers a taste that is inescapably Floridian.  Rum’s popularity has been on the rise in the United States, and Rum:30 will be one of the brand’s sure to benefit from this trend.

As part of the multi-year exclusive sponsorship deal, Rum:30 will be the only spirits served in the Leading Edge hospitality suite during the 2016 FIA Formula 4 series.  The series kicks off this Memorial Day weekend on May 27, 2016, in Lakeville, Connecticut and will close at the Homestead Miami Speedway in Miami, Florida on October 8-10th, 2016.

“We at Leading Edge Grand Prix are extremely excited about our partnership with Rum:30,” said, John Lewis, Vice President of Leading Edge Grand Prix. “It is definitely one of the most exciting brands of rum to hit the market in many years, and we are looking forward to many future years of a successful partnership as we work together to bring the Rum:30 brand to mainstream America.”

For more information about Rum:30, visit http://www.rum30.com. Dates of FIA Formula 4 league events and more details can be found at http://www.f4uschampionship.com.

Rum:30 is a Florida craft rum made from premium Florida ingredients, classically aged in white American oak that has been infused with fresh cut Florida orange peels. Debuting at the Wine & Spirits Wholesalers of America Convention in April 2016, the beverage is already attracting interest from rum lovers everywhere.  For more information, please visit Rum:30’s website.

Rum:30 - Florida's Newest Craft Rum Is Set to Be a Hit at the 2016 Wine & Spirits Wholesalers of America Convention
Classically aged in in white American oak and uniquely infused with a hint of freshly cut orange peels, Rum:30 offers a subtle orange aroma and a complexity of flavors that gives it a relaxed Floridian vibe. Along with local Florida sugar cane and spring water, Rum:30 is all the flavors one craves bottled up in a mid-century modern lifestyle package that mirrors the sophisticated and unique nature of the craft spirits market.
Oak & Cane - Mar 21, 2016
Newswire