Owner and Chief Executive of Martin UAV, LLC Ruben Martin has been elected Chairman of the Board of Directors of Mercy Ships International, a global healthcare charity. 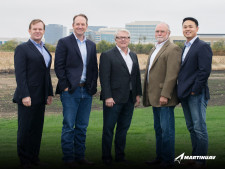 PLANO, Texas, December 17, 2020 (Newswire.com) - Ruben Martin, Owner and Chief Executive of Martin UAV, has been elected Chairman of the Board of Directors of Mercy Ships International (“MSI”), effective Jan. 1, 2021. Mercy Ships is a global healthcare charity that, through a fleet of first-class hospital ships, provides free medical and healthcare services to the world's most disadvantaged peoples. Martin succeeds Myron E. Ullman, who also announced his retirement separately after serving in the role for nearly 20 years.

Martin commented, "It is an honor to have the opportunity to Chair the Board of Mercy Ships, an organization that offers free, world-class healthcare and medical services provided by volunteers from 60 countries to the world's most disadvantaged peoples. The passion, faith, and dedication of all at Mercy Ships is an inspiration and I look forward to expanding my work for this unique and exceptional organization."

Martin has served as a Director of MSI for the past decade. Since 2018, has also served as Chairman of the Board of Mercy Ships Operations, the global operations subsidiary of MSI. Most recently, Martin has played a key role in the work to launch the Global Mercy, the world's largest civilian hospital ship, which will more than double the capacity of Mercy Ships to deliver safe surgical care to people in need and provide medical training in the countries served by the organization.

“It’s a privilege and honor to work alongside Ruben Martin as we expand Martin UAV’s presence in the private sector, implementing his vision for the future,” said Heath Niemi VP Global Sales and Development. “The entire Martin UAV team congratulates Martin for this appointment and commend him for the leadership and expertise he brings to our organization and any that he is a part of.”

Among his other appointments, Mr. Martin serves as Chief Executive Officer of both Martin Midstream GP LLC, the General Partner of Martin Midstream Partners and Martin Resource Management Corporation.

Martin UAV is a private, advanced technology company based in Plano, TX. The company specializes in building wholly-unique, unmanned aircraft systems and associated flight control software. The company’s systems are commercially developed to fill critical operational needs in tactical & confined operational environments. Its V-BAT series aircraft is the only single-engine ducted fan VTOL that has the ability to launch & recover from a hover, fly 8+ hours in horizontal flight, and make mid-flight transitions to “hover & stare” at any time throughout a given mission set.

Mercy Ships uses hospital ships to deliver free, world-class healthcare services, capacity building, and sustainable development to those with little access in the developing world. Founded in 1978 by Don and Deyon Stephens, Mercy Ships has worked in more than 55 developing countries, providing services valued at more than $1.7 billion and directly benefitting more than 2.8 million people. Our ships are crewed by volunteers from over 60 nations, with an average of over 1200 volunteers each year. Professionals including surgeons, dentists, nurses, healthcare trainers, teachers, cooks, seamen, engineers, and agriculturalists donate their time and skills. With 16 national offices and an Africa Bureau, Mercy Ships seeks to transform individuals and serve nations. For more information click on www.mercyships.org 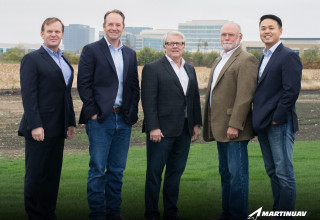 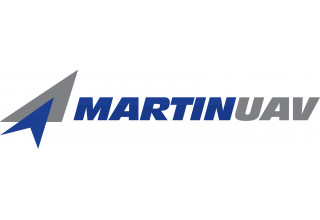