Roswell, Georgia Based FrontRunner Wins 2018 Best Software as a Service in Politics

And Realizes Strong Growth of Its Candidate Subscriber Base 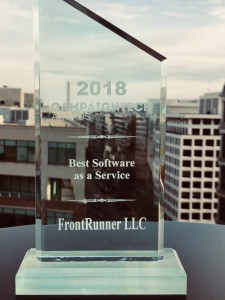 WASHINGTON, May 2, 2018 (Newswire.com) - FrontRunner, a campaign finance administration and reporting service is awarded Campaign & Elections 2018 Best Software As A Service Award as it continues forward from its March launch. Campaigns & Elections awarded FrontRunner at its 2018 Campaign Tech East Conference where it brings together the decision-makers, innovators, strategists and vendors who will shape campaigning through 2018 and beyond. Since its public launch in late March, FrontRunner reports onboarding more than 50 Georgia candidate subscribers.

Jason Boles, FrontRunner’s Co-Founder stated, “The recognition from such an esteemed, political trendsetter [referencing Campaign & Elections] is a monumental affirmation to what we knew the political market thirsted for and further confirmation that, with the nationwide influx of more first-time candidates than ever before, the integrity for administrating and reporting campaign finances is important.” Campaign finance, Predictive Data Modeling, Cyber Security and Digital Ad Strategy were all part of the various workshop topics and keynotes addressed at Campaign Tech East 2018.

“Campaign finance can be complicated. Candidates are saddled with learning the rules of who, how much, when to report and how. FrontRunner is an affordable solution for all campaigns which is why we are seeing it received so well,” says Rick Thompson, FrontRunner Co-Founder and 25-year veteran of campaign finance as both a regulator and now consultant. “Our non-partisan approach is refreshing to the newcomers,” adds Thompson, speaking of the influx of a new generation of candidates and consultants.

FrontRunner LLC is a Georgia based Poly-Fin Tech that offers a web-based campaign finance administration and reporting. Rick Thompson and Jason Boles are its Co-Founders. Thompson is a former campaign finance regulator who now leads R Thompson & Associates (RTA Strategy), a global political management group consulting candidates, committees, lobbyist and corporations. Boles is a veteran political consultant, having been involved in various roles for campaigns from the local level of government to presidential, and is a Partner in RTA Strategy. 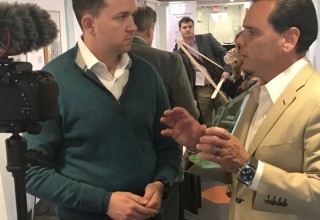