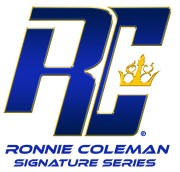 Boynton Beach, FL, June 3, 2015 (Newswire.com) - The nutritional supplement industry has been one of the fastest growing global industries recently and doesn’t seem to be slowing down with 2021 projected revenue at $60 billion.

So how do you continue to be successful in an industry that everyone wants a piece of? Well, according to Ronnie Coleman Signature Series®, it’s simple, you must evolve.

"I actually attended a playoff game and had a chance to speak with Joakim as well as his trainer Alex Perris. After hearing how important supplements were to Joakim as a staple of his training program and that he actually had been using mine I saw an opportunity for all of us to work together."

Owner Ronnie Coleman had this to say when asked about the status of the supplement industry, “It seems that every day a new brand is popping up and everyone has become an expert on supplements and training.  Hey, there’s a lot of great brands and products out there but there are also those just looking to grab a piece of the money pie. So how do we grow in this competitive market; we have to evolve as a brand while continuing to put the customers first. That’s been the difference with my brand since day one.”

One way that RCSS seems to be evolving is by naturally expanding its customer base outside of the stereotypical bodybuilder community.  Joakim Noah, professional basketball all-star, recently posted a locker room picture on Instagram where Ronnie Coleman products can be seen on his shelf.  A few days later Ronnie announced on his official Instagram @RonnieColeman8 that Joakim Noah had joined his team.  Coleman explained, “I actually attended a playoff game and had a chance to speak with Joakim as well as his trainer Alex Perris.  After hearing how important supplements were to Joakim as a staple of his training program and that he actually had been using mine I saw an opportunity for all of us to work together.”

Noah, Perris and Coleman since have been able to partner together not only on a supplement endorsement but also on Noah’s charity, the “Noah’s Arc Foundation”, an organization dedicated to helping children develop a stronger sense of self through art and sport.  “This was a no-brainer, win-win for everyone involved”, said Coleman.

Noah and Perris aren’t the only high profile additions to the team.   Celebrity trainer Corey Calliet has also signed on with Coleman. Calliet is the official trainer of the entire cast of both the “Fantastic Four” and “Creed” movies as well as personal trainer to movie star Michael B. Jordan, television personality Terrance Jenkins and more.  According to Coleman social media played a big role in this partnership as well.  “Again, this was kind of an organic social media thing that happened.  Corey was using my products and even had some of his celebrity clients using them so naturally we both saw an opportunity.”

“It’s just really cool to see high profile trainers, athletes and celebs using my products and loving them.  It tells me we are doing something right here.  Plus, this might be the break I need to start my movie career!” Coleman said with a chuckle.

Branching out to segments beyond bodybuilding like professional sports and celebrities is certainly a big step in the brands natural evolution but it’s not the only way that Ronnie Coleman Signature Series® plans on growing.  They have recently made some significant changes to the look and feel of their marketing by switching from a dark “hardcore” color scheme to a more inviting clean and bright theme.  This theme change has also been accompanied by a brand new company logo, tag line, website and even a healthy cooking segment on their popular YouTube channel “RCSSTV”.

Director of Marketing, Derek Ciocca, explains the transition, “Just like in life our goal is to constantly seek growth and become better.  Our goal is to impact more lives and to do that we need to evolve and grow as a brand.  Supplement shoppers want more than a quality product at a great price these days.  They also want content, training and nutrition information, a brand that they can interact with and trust.  Along with a new look, new logo and new athletes we also are putting a big focus on educational content, new and unique flavors as well as customer interaction.”

Passion has always been the driver at Ronnie Coleman Signature Series®.  “The fitness lifestyle that we preach is about so much more than taking supplements and working out.  It’s about challenging yourself, inspiring others, becoming the best version of yourself and of course, making gains!  We just want everyone to join the party!”

Coleman made it very clear that this brand is bigger than just him, “From day one we have been pegged as a bodybuilder only brand and we’ve been fighting that stigma ever since.  This brand is about so much more than just me… so much bigger than ‘hardcore bodybuilding’.  I’ll be a diehard bodybuilder until my last breath but I want my brand and the movement we are creating to touch all aspect of the fitness community.”

Coleman’s 20 plus years of traveling the world and meeting fans has given him a unique perspective on things, “I have fans from every level of the fitness world whether it’s the elite competitor or just someone living a healthy lifestyle and it’s been my goal since day to make sure that my brand has something to offer everyone.  I have this campaign ‘Look How You Want’ and it means just that.  You don’t have to want to look like me or a bodybuilder or anyone else! My products and my brand are here to help you achieve the look that is best for you so that you can be the best version of yourself and inspire others to do the same.  That very concept is what makes the supplement and fitness industry so great.  We are more than just supplements, we are a lifestyle!”

Coleman also hinted at even bigger updates to be released around this year’s Mr. Olympia contest in mid-September.  To stay on top of all of these updates be sure to follow Ronnie on Instagram at @RonnieColeman8 and sign up for the company newsletter here www.ronniecoleman.net.

Ronnie Coleman Celebrates the 10th Anniversary of His Business With the Launch of His Heavily Anticipated Fitness App Yeah Buddy™
Always up for the challenge, entrepreneur and 8x Mr. Olympia, Ronnie Coleman makes a bold leap from supplements into tech with Yeah Buddy™: the groundbreaking, fully integrated, and immersive fitness app.
Ronnie Coleman Signature Series - Oct 8, 2021