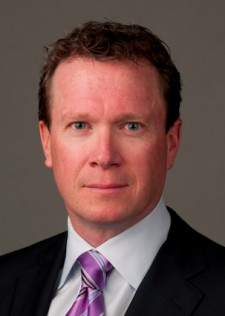 Roger Cressey is a Partner with Liberty Group Ventures, LLC in Arlington VA, a risk and crisis management firm specializing in cybersecurity, campus security and sports security. He most recently served as a Senior Vice President at Booz Allen Hamilton, supporting the firm's cybersecurity practice in the Middle East. Prior to joining Booz Allen, he was President and Founder of Good Harbor Consulting LLC, a security and risk management consulting firm. Mr. Cressey's government service included senior cybersecurity and counterterrorism positions in the Clinton and Bush Administrations. At the White House, he served as Chief of Staff of the President's Critical Infrastructure Protection Board and also served as Deputy for Counterterrorism on the National Security Council staff. He was responsible for the coordination and implementation of U.S. counterterrorism policy and managed the U.S. Government's response to multiple terrorism incidents, including the Millennium terror alert, the USS COLE attack, and the September 11 attacks.

In addition to hearing from this keynote speaker, attendees will attend five other sessions taught by leaders in the anti-fraud field, including Joe Stephenson, Director, Digital Intelligence, INTERTEL, Inc., who will identify new avenues where evidence can be located with an emphasis on new search techniques for law enforcement investigations.

John Reznikoff, Founder of University Archives, with Kevin Mattei, Esq. and Nicole Holler, Esq. of McCormack, Mattei & Holler will present "Identify Theft and Fraud - Current Trends in the Insurance Industry." Reznikoff's reputation as a handwriting expert has been called "the best in the world" by CBS News. He serves as a questioned document examiner for Christie's, Sotheby's, RR Auction, and Bauman Rare Books.

Current topics will include fake temporary license plates used by criminals to get away with murder and other crimes; fraud involving durable medical equipment; and a presentation on the NYPD Auto Crime Unit that has instituted a counter theft program using a serial number engraving label on catalytic converters to deter thieves from stealing and selling the converters to scrap yards for the vehicle exhaust system's expensive metals.

NYACT was established in 1978 and is an umbrella organization supported by members that include most insurance companies licensed in New York, a broad spectrum of government and regulatory agencies that lend their support to our efforts.