Litaker is Challenging Incumbent PSC Commissioner Chris Beeker in the Republican primary on May 24. 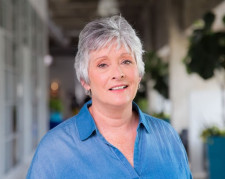 BIRMINGHAM, Ala., May 20, 2022 (Newswire.com) - Robin Litaker, candidate for Place 2 on the Alabama Public Service Commission, stated her commitment to conservative values and vowed to work for the people of Alabama. She is challenging incumbent PSC Commissioner Chris Beeker in the Republican primary on May 24.

She promised to work to lower electricity and energy costs from providers regulated by the PSC. Litaker believes that state legislators are influenced by people in the educational bureaucracy and ignore the concerns of the public.

"I'm not beholden to the special interests who are regulated by the PSC. That means when I'm elected, I'll only answer to the people of Alabama," Litaker said.

Litaker has been endorsed by the Alabama Republican Assembly, the South Alabama Republican Assembly, Col. James Henderson, and is currently leading in straw polls from Eagle Forum of Alabama and Focus on America. She previously served as an educator in the public school system for over 30 years, where she gained experience working with the public, legislators, governors and business leaders.

"A vote isn't something you ask for. It's something you have to earn. I would like to earn your vote. I want to be completely transparent with you. I would be honored to represent you on the PSC," she said.

Litaker attended the Birmingham School of Law after retiring and said additional knowledge of the law is important for everyday citizens. She identifies as a devout Christian and states that she feels called to serve the people of Alabama. She has previously served on numerous state, regional and national educational boards, including the Alabama Conference of Educators and Alabama State Teacher Forum.

Both PSC Place 1 and Place 2 are statewide races. For more information on Litaker and her campaign, go to RobinForPSC2.com, or the Elect Robin Litaker Alabama Public Service Commission Facebook page.

Darren Newhart of Newhart Legal, PA, is a consumer protection attorney. Newhart Legal, PA, located in Palm Beach County, Florida and is currently accepting inquiries from individuals who exercised a buyout option on a lease within the last year and were overcharged by a dealership.

Consumers Receive Compensation From Dealerships for Illegal Charges and Fees for Lease Buyouts
Some car buyers have been charged illegal fees when they buy out their lease, and many don't even know they were affected. Newhart Legal, PA is helping consumers understand their rights and whether they could recover fees and statutory damages.
Newhart Legal, PA - Sep 8, 2022
ProcessBarron Focusing on Reducing Greenhouse Gas Emissions
ProcessBarron announces an updated brand strategy aligned with its mission to enable smart, clean, and efficient production.
Newhart Legal, PA - Jun 9, 2022