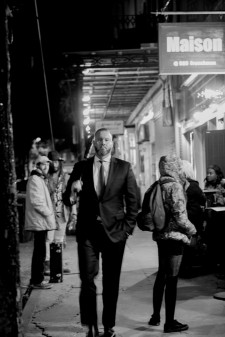 NEW ORLEANS, January 28, 2022 (Newswire.com) - With a city as large as New Orleans, there is no shortage of businesses to serve each person's needs. However, some establishments lack the complete resources to fully provide customers, giving other entrepreneurs the opening they need to thrive in certain businesses or industries. For example, when Robert Daspit saw the chauffeur industry in New Orleans was lacking in areas, he decided to take the opportunity to build his empire, giving birth to his brand, Lagniappe Chauffeured Services.

The car service industry in New Orleans had been flowing without a hitch prior to Robert Daspit's resolve, but that did not mean that there was no room for improvements. The industry had been moving steadily, following the traditional methods that kept it afloat for years. But despite this consistency, Robert Daspit saw opportunities that many had overlooked.

"I saw a need in the car services industry here in New Orleans that no other company can provide," said Robert.

Choosing to proceed with his plans, Robert developed the Lagniappe Chauffeured Services. The brand utilizes a business model that will set the tone for what will eventually become the standard for ground transportation service domestically and internationally, twisting the traditional car service business model.

The Lagniappe Chauffeured Services is the first luxury car service to launch in New Orleans, which was established with the goal of becoming the only car service that people can trust when traveling into the city. Robert created his company to be the first choice for some of the most elite individuals in the city, including CEOs, entertainment figures, and the media elite. The company's vision is to establish a world-class travel service that merges the art of chauffeuring with luxury, privacy, personalization, and ease.

The company's services extend from airport transportation to special events, with the chauffeurs arriving at the appointments early according to their strict code of conduct, which requires them to dress in the formal attire of a clean, pressed dark conservative business suit, a pressed white dress shirt with tie, topped off with a well-groomed professional appearance. In addition, the chauffeurs of Lagniappe are disciplined to be positioned on-site 15 minutes prior to commercial flight arrival and half an hour before the private aircraft's arrival.

"We believe that it's not just where you're being driven to but how you arrive," said Lagniappe Chauffeured Services founder Robert Daspit. "That's why our chauffeurs pride themselves on offering uncompromising services and not just safety or speed. In addition, we utilize the latest technology to create a customer experience that is unmatched in the transportation industry."

Robert Daspit's chauffeur company provides his clients with one of the most unique experiences in the industry. He takes great pride in the company's professionalism, as they pay great attention to personal detail in the largest connected chauffeur in New Orleans, opening up clients to a unique and incomparable experience that Centurion Card members can't enjoy.

Although Lagniappe Chauffeured Services has been making the waves in the car services industry of New Orleans, Robert Daspit is hopeful that the brand can go beyond the city, expanding across the south. 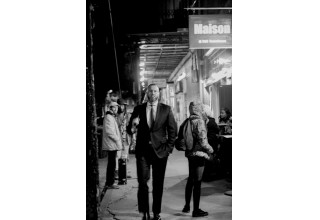 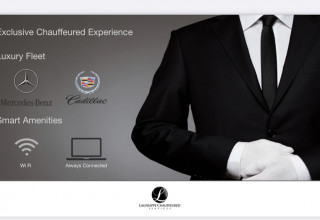 Only The Best Is Always The Best.

By adding a twist to the traditional car service, the LCS business model will set the new tone for what will eventually become the industry standard for ground transportation service domestically and internationally.

At Lagniappe Chauffeured Services, our goal is to become the only car service that you trust when traveling in New Orleans. First choice to many CEO's, as well as with the entertainment and media elite, our vision is to establish world-class executive travel services that merge the art of chauffeuring with luxury, privacy, personalization and ease.

From airport transportation to special events, at Lagniappe Chauffeured Services, we believe that it's not just where you're being driven to, but how you arrive. That's why our chauffeurs pride themselves on offering uncompromising service, and not just safety or speed. We utilize the latest technology to create a customer experience that is unmatched in the transportation industry.