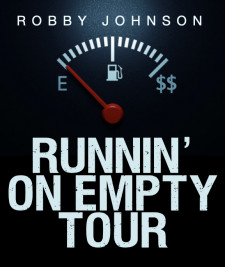 NASHVILLE, Tenn., May 11, 2021 (Newswire.com) - After acknowledging the psychological and financial impact that COVID-19 inflicted on a vast number of American families, Robby Johnson has decided to offer free admission concerts all across the United States.

"There are a lot of folks out there that can't afford to buy tickets for the upcoming shows, fairs, and festivals, and that's totally heartbreaking to me 'cause I know exactly what these people are going through. I can't imagine being a parent and having to announce to your child that he can't go to the concert with his friends," says Johnson, who, as a child, saw his mother break into tears after she couldn't afford to buy him and his friend a single $1 Coca-Cola bottle. Johnson understands that you don't always choose what life brings you, but you can always choose what you give back.

Robby, his six-piece band, and crew will perform everywhere a city or large venue wants to have them. Robby's management team is currently reaching out to sponsors that could help hand out free snacks and complimentary water bottles. A portion of the profits generated from food and alcohol sales will be donated to local charities helping families in need. On top of that, Robby will set up a giant tip jar for voluntary donations.

If you or your company would love to get involved in having Robby Johnson perform in your area to support COVID impacted families, simply send an email to Rick Roberts at rick@thenashvillerecordcompany.com.

Robby Johnson's new single "Night Like This" is scheduled for radio airplay on May 24.

About Robby Johnson
Nashville-based singer-songwriter Robby Johnson cumulates more than 9M views on YouTube and 3.5M streams on Spotify. His first single broke TOP20 on country radio, and its music video won CMT Pure's 12 Pack Countdown multiple weeks in a row. He has performed on the LATE SHOW with David Letterman and has opened for Keith Urban. His first album was a People Picks in People magazine, and his live show was said to offer the craziness and energy of Garth Brooks along with the sexiness and swagger of Keith Urban.

You can email Rick Roberts at rick@thenashvillerecordcompany.com for all media, booking, and radio inquiries. 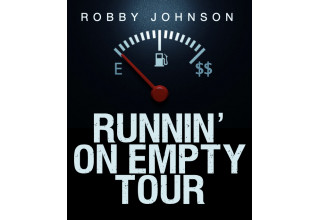 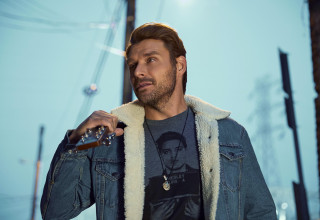 About The Nashville Record Company