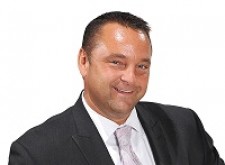 BOSTON, January 30, 2020 (Newswire.com) - RMS Media Group, publishers of regional North of Boston publications Northshore and Northshore Home magazines, announces Chris McIntosh has joined the team as publisher. He will be responsible for managing, cultivating, and developing the illustrious publications’ print and digital portfolios and branded events. His experience will be instrumental in taking the Northshore brands to the next level.

McIntosh has had a noteworthy career in the publishing industry. Prior to joining RMS Media Group, he was the president and publisher of the Boston Business Journal (BBJ). During his tenure at BBJ, he developed and launched several new daily verticals, created six new event platforms, and rebuilt and relaunched Mass High Tech. In addition, McIntosh was the associate publisher at Robb Report. Most recently, he was the chief marketing officer of Baystate Financial and the executive director of the Baystate Charitable Foundation where he was integral in raising funds and awareness in order to make a positive impact in the day-to-day lives of children in need.

Comments Rick Sedler, president and CEO of RMS Media Group, “Chris has been a champion of driving sales, marketing, and business results for leading brands for more than 30 years. He brings a fresh perspective and proven approach to our local media.”

“We have been looking for someone with Chris’s experience for some time. RMS couldn’t ask for a more talented, qualified publisher for our Northshore titles and ambassador for our branded events,” adds Sedler.

McIntosh is a North Shore, Massachusetts, native based in South Peabody. He has a degree from Assumption College in Worcester and has served on the board of directors of the Boch Center, Boston Police Athletic League, Girl Scouts, Junior Achievement, AccesSportAmerica, and a member of the advisory board of the El Mundo.

For more than 20 years, Northshore magazine’s experienced editors, creatives, writers, and photographers have captured the north of Boston region with its award-winning prose and design. Published 10 times a year, the magazine reports on desirable towns and neighborhoods, places to hike and bike along the coast, which doctors are first-rate, and which restaurants, shops, spas, salons, and services are the Best of the North Shore. It reaches more than 157,500 North Shore residents and is available on select newsstands. nshoremag.com