Alexander Denning is one of the hottest and most sought-after models and social media influencers today. He has well over a million followers on all of his social media sites and has been setting the modeling runway on its heels. 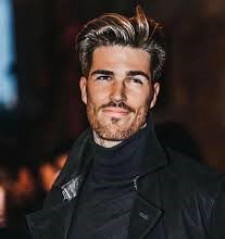 LOS ANGELES, June 11, 2021 (Newswire.com) - Alexander's story is not the normal runway model background. Alexander Denning, in April 2017, was released out of the Minnesota Correctional Facility-Lino Lakes a free man after serving a six-year prison sentence for first-degree assault. Less than two years after his release, Alexander's chiseled physique and unique styled pompadour have become well-sought-after in the modeling world. His striking features have been seen on the cover of several magazines.

RLHTalent is an independent artist management and publicity company representing experienced and new-to-the-industry performers for work in the feature film, television, modeling, and music industry.

Rod L. Harrell is CEO of RLHTalent Management, Publicity and Productions LLC. Daniel Wurzbacher is a partner and manager of talent at RLHTalent.

Rod L. Harrell says: "We are very excited to sign Alexander, as he is a great young man who with his second chance is doing great things. Alexander's story is a great one to follow as he shows that people can change."

For booking and/or press interviews, please email us: dw@rlhtalent.com with your inquiry and affiliation.

You can find Alexander Denning on the following social media sites: