Which lost theme park ride would you bring back? New tech promises "the future of preserving the past." 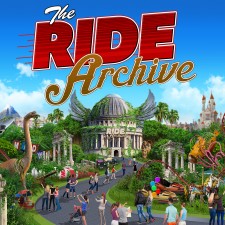 Burbank, California, February 22, 2017 (Newswire.com) - "Anyone who's been to a theme park has a favorite ride. But what about all the rides that went away before their time and still linger in the childhood memories of grown-ups today?" So begins a viral video pitch at RideArchive.com that's received nearly 620,000 views on Facebook.

According to concept designer Jay Kristopher Huddy, the Ride Archive represents "the future of preserving the past" by providing VR simulations of decommissioned rides and attractions from your favorite theme parks.

“The dark ride is mechanical performance art. We preserve art in so many forms, whether it’s paintings, literature, sculpture, music, or architecture. All of these are singularly embodied in a theme park ride and yet no one seems concerned with preserving that unifying cultural experience,” said Huddy in a recent interview with DCTC. “I want to change that.”

"The AR component was a last-minute addition," says Huddy. "With Pokémon GO taking the world by storm, it's impossible to ignore the Bulbasaur in the room."

A petition on Change.org now allows people to persuade one of the biggest names in theme parks to make The Ride Archive a reality, with Huddy seeming to ask for neither credit nor financial compensation.

"A million-dollar contract should never get in the way of a million-dollar idea," said Huddy. "To paraphrase a great man, 'If we can dream it, they can do it.'"​