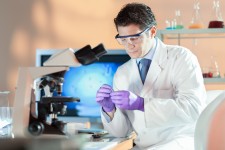 Dallas, TX, June 26, 2017 (Newswire.com) - ​Henderson Island is said to be the most polluted location in the world, with more plastic waste than in any other spot on the planet. A young scientist, Rick Chaffin, is committed to changing this and has come up with an innovative idea. Specifically, he has crowdfunded money to create a floating barrier in an effort to clean up the island.

Rick Chaffin says: "It is believed that there are around 38 million pieces of plastic rubbish on the beaches of Henderson Island. The island is in the South Pacific and only wildlife currently live there, and that wildlife is struggling to survive. I have developed the idea of a floating barrier that, with the help of volunteers, could go a long way toward solving this problem."

What Chaffin's floating barrier would do is stop the plastic trash that is floating in the Pacific Ocean from reaching the island. In so doing, he will also address a range of other environmental problems. The trash floating in the Pacific, known as the Great Pacific Garbage Patch, is growing exponentially. It is destroying sea life, while at the same time polluting drinking water the world over.

"What I aim to do, in simple terms, is create a huge sieve," explains Chaffin. "If successful, it could clean up huge parts of the ocean, and not just Henderson Island. The Great Pacific Garbage Patch is something that has horrified me since I was a young boy, and I just want to be able to do something about it."

The Great Pacific Garbage Patch is a huge area of the ocean where most of the plastic waste dumped in the oceans have gathered. It is found between Hawaii and California, and is now the size of a small country. Many environmental groups have come together to clean the plastic garbage and remove it from the ocean, but work has been slow and laborious.

Every year, millions of tons of waste, much of it plastic, is dumped into the ocean. Around 90 percent of this waste comes from land. Simple things, such as accidentally dropping a straw from a cup of McDonald's cola, can contribute to this. That straw could fall down a drain, which goes to a river. Rivers flow to the ocean, meaning the straw, which is not biodegradable, will eventually find its way to the ocean and possibly the Great Pacific Garbage Patch.

The fact that plastic is so widely used across the world is of great concern because it is not biodegradable. What this means is that the planet cannot break down the substance, leaving it within nature for many years, sometimes hundreds of years. Plastic is also very light, which means currents can carry it with ease. Almost every piece of plastic that is dropped on land will eventually find its way into one of the five revolving bodies of water on our planet: the oceans.

In fact, each of these ocean gyres, as the water systems are called, have garbage patches. Meanwhile, the Great Pacific Garbage Patch, also referred to as the Pacific Trash Vortex, is the biggest and most famous one. This is in part due to the consumerist society in the Americas, and the lack of focus on recycling.

Rick Chaffin adds: "It horrifies me that, when attending conservation meetings, people argue about how big the Vortex is. Who cares? Let's just all accept that it is our planet's biggest dump and that we have to do something about it!"

Chaffin has joined the global Ocean Cleanup effort with his invention. He believes that his barrier will work in tandem with nature, as the ocean's currents will actually do most of the work. His barriers are surprisingly simple in design. They are shaped like a letter U and are anchored to the floor of the ocean. However, he has designed them in such a way that animals and fish can pass under the barriers so that they won't get trapped. He explains: "Basically, they are designed to be an artificial coastline. They will be heavier than plastic, which means they move far more slowly. All the floating plastic then goes to a collection point, and other volunteers from Ocean Cleanup will then be able to remove it and ship it to various recycling plants. All that trash on Henderson Island and in the Pacific Trash Vortex may just be your next car bumper or pair of sunglasses."

Ocean Cleanup is a global initiative that was started by a 22-year-old entrepreneur, scientists, and experts, and other entrepreneurs the world over have joined it since the time it was launched in 2014. In 2014, the aim was that 42 percent of the rubbish in the oceans would be removed. While this has been achieved, new rubbish has since been created. Now, with Rick Chaffin's idea, 50 percent of all the rubbish currently in the oceans could be removed in as little as five years.