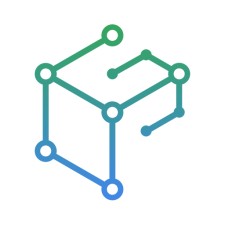 TEL AVIV, Israel, October 24, 2017 (Newswire.com) - In recent years, we have witnessed a tremendous growth in interest for Bitcoin, ethereum-based cryptocurrencies and blockchain technologies.

A blockchain is a continuously growing list of records, which are linked and secured using cryptography. A blockchain can serve as "An open, distributed ledger that can record transactions between two parties efficiently and in a verifiable and permanent way." For use as a distributed ledger a blockchain is usually managed by a peer-to-peer network collectively adhering to a protocol for validating new blocks. Once recorded, the data in any given block cannot be altered retroactively without the alteration of all subsequent blocks, which needs a collusion of the network majority.

Blockchains such as Bitcoin, Litecoin and Ethereum are worth hundreds of billions of dollars with amazing growth over the past few years.

In relation to this, a new challenger arrives. Developed on the Ethereum blockchain, Game Protocol is an upcoming decentralized game store, platform and reward-based crowdfunding tool for indie developers and video games.

Game Protocol was envisioned and developed by a very experienced game developing team. Game Protocol’s platform empowers both gamers and developers by removing the middleman (a centralized game store) to directly connect fans to developers, allows developers to crowdfund their game and makes game development easy with our SDK developer tools, so nearly anyone can create a quality game.

Game Protocol is the first blockchain based-game marketplace. The use of decentralized ledgers allows Game Protocol to solve key problems in the enormous video game market and improve the industry as a whole by increasing transparency, creating a community of fans and empowering indie developers.

The business model is designed to create more wealth for game developers by taking a smaller transaction fee on game purchases, thus incentivizing more developers to work with the platform. Fans can also use Game Protocol tokens to support their favorite game fundraising projects available on the website in exchange for in-game currency or a full version of the game.

Game Protocol is organizing a crowd-sale where they will be selling tokens to early buyers. This ICO or initial coin offering is expected to start in early November and will last for two months.