REVOLT Announces Powerful Documentary 'The Blood is at the Doorstep' Set for U.S. Television Premiere on Monday, November 2nd 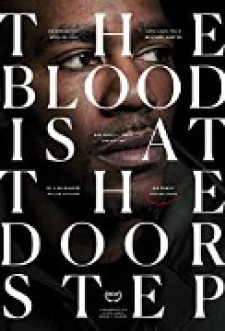 LOS ANGELES, October 30, 2020 (Newswire.com) - Today, REVOLT announced the powerful and telling documentary on the 2014 police shooting death of Milwaukee man Dontre Hamilton, “The Blood Is At the Doorstep” will air on Monday, Nov. 2  at 10:00 pm ET. The poignant and timely film, distributed by Gunpowder & Sky, made its world debut at the 2017 SXSW Film Festival, and has won various film festival awards.

“The Blood Is At The Doorstep” is an intimate documentary that spotlights the 2014 shooting death of a diagnosed schizophrenic who was asleep in a park, at the hands of Milwaukee police. After Dontre Hamilton was shot 14 times and killed, his family embarks on a quest for answers, justice and reform utilizing peaceful demonstrations and passionate grassroots efforts. “The Blood Is At The Doorstep” features footage of Hamilton himself, as well as his mother Maria and brother Nate ‘Junior’ Hamilton.

For more information on “The Blood Is At The Doorstep,” visit www.thebloodisatthedoorstep.com.