Oak to be available for photo opps and interviews 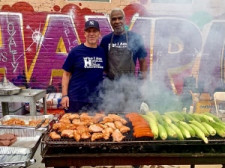 A coalition of nonprofits - The Los Angeles Community Action Network, Help Give Care Foundation, The Charles Oakley Foundation, and the Entain Foundation US - will supply food, fun and fandom to football championship fans on Sunday, February 13th at Gladys Park.

Oakley has worked hand-in-hand with Los Angeles-based nonprofits for many years. A lifelong home cook who is known to whip up a giant family meal, Oak has spent much of his post-NBA career bringing his culinary prowess to homeless shelters and veterans' organizations nationwide.

"I come to Skid Row every year because of the community," said Oakley, whose memoir "The Last Enforcer" debuted earlier this month. "It's a community like no other. And these organizations we're working with are second-to-none. As the world focuses on the The Big Game, let's not lose sight of struggling folks right here on our backyard."

Contact jessica@yellowhouseconsulting.com to coordinate an interview with Oakley, who will be on hand starting 1PM Pacific Time.

In 2020, the Charles Oakley Foundation launched the Oak Out Hunger campaign, which has provided thousands of meals and other social services to impoverished families in many major American cities.

The Help, Care, Give Foundation, and founders Henry Butler along with his wife casting director Leah Daniels-Butler, supported the efforts of the Charles Oakley Foundation to feed the homeless on Skid Row from the outset and continue to encourage the entertainment industry to lend time, talent and financial resources to feed, clothe and shelter those most in need.

"The Big Game is a global event happening in our city, everyone should have the opportunity to experience it," says Butler. "We thank the Charles Oakley Foundation for the unceasing commitment to raising awareness of homelessness, and issues impacting the underserved."

With all eyes on Los Angeles this weekend, Pete White, Founder & Executive Director of the Los Angeles Community Action Network, said it's important to remember that everyday people are struggling right beside the action-packed spectacle of The Big Game.

"As the country prepares for The Big Game, far less attention will be given to Angelenos, unable to afford Sofi Stadium tickets, unable to afford the rent, and residing in Skid Row," White said. "What better way to showcase what many would rather hide than food, celebration, and the opportunity to give back."

The national Oak Out Hunger program will further promote Gamble Responsibly America (GRA), a mobile app that educates users on safe gambling habits, and My Wager Score ™, an affordability tool that protects the financial health of players and rewards responsible gambling by converting 1% of every dollar bet into charitable tax-deductible contributions for social causes.

"We're asking folks to Bet Smart and Give Back," Oakley said. "My Wager Score™ is the future of sports betting because it creates financial safety for players and helps create positive impact. We want folks to see that they can take fair play into their own hands and be empowered by getting their score at MyWagerScore.com."

Oakley, known by legions of NBA fans as "The Last Enforcer," played power forward for 19 seasons (1985-2004) in the NBA including 10 seasons with the New York Knicks (1988-98) where he was named an NBA all-star in 1994. A lifelong home cook who is known to whip up a giant family meal, Oak has spent much of his post-NBA career bringing his culinary prowess to homeless shelters and veterans' organizations nationwide.

Oakley is on a mission to raise awareness about the financial protection tool My Wager Score.™

The Charles Oakley Foundation is a 501(c)3 non-profit organization dedicated to giving back. In 2020, the foundation launched the Oak Out Hunger campaign, which has provided thousands of meals and other social services to impoverished families in such cities as Cleveland (Oakley's hometown), New York, Los Angeles, and other major American cities. To contact the Charles Oakley Foundation email Jeane Holley: jeane@charlesoakleyfoundation.org.

About the Entain Foundation U.S.

The Entain Foundation U.S. is a first-of-its-kind non-profit organization dedicated to promoting responsible gambling, sports integrity and corporate compliance in the U.S.  The Foundation was launched in 2019 by the Entain Global Foundation and the Entain Group. Trustees of the Entain Foundation US include Entain's Martin Lycka, former New York Giants wide receiver and NFL Champion Amani Toomer and international gambling regulatory expert Bill Pascrell III, a partner at Princeton Public Affairs Group. https://entainfoundation-us.com

About Help, Give Care

The Help, Care, Give Foundation is a conduit for celebrities desiring to give back to causes of personal significance. Founded by former music executive, Henry Butler, his wife casting director Leah Daniels-Butler along with their five children, the HCGF creates dynamic platforms for boutique brands' and charitable deeds by celebrities, bringing curated enrichment programs to educate and enlighten.

The mission of the Los Angeles Community Action Network (LA CAN) is to help people dealing with poverty create & discover opportunities, while serving as a vehicle to ensure we have voice, power & opinion in the decisions that are directly affecting us.

About My Wager Score™

My Wager Score™ is a patented technology designed to protect sports bettors' financial health and minimize the risk of harmful play through the delivery of real-time affordability data. My Wager Score™ puts responsible gaming in the hands of bettors who unlock access to the financial empowerment tool that also converts 1% of every dollar bet on gaming partner sites into charitable, tax-deductible donations. The first of its kind technology has caught the attention of policymakers and the next generation of increasingly diverse bettors who look to create a more equitable, socially responsible industry.

We turn your work into a movement 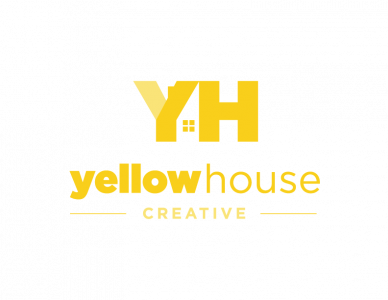