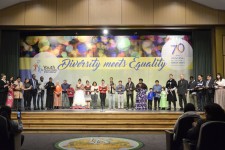 DUBLIN, December 21, 2018 (Newswire.com) - Representatives of 25 nations celebrated the 70th anniversary of The Universal Declaration of Human Rights (UDHR) at the “Diversity Meets Equality” event at the Church of Scientology & Community Centre in Dublin.

Erin King-Swords (22), president of Youth for Human Rights (YHR) Ireland, said, “The Universal Declaration of Human Rights was adopted by the United Nations in December 1948. Today — 70 years later — 90 percent of people are unable to name more than three of the 30 rights. Hence, the need of education is greater than ever.

"Eighty-five percent of people in Ireland believe significant work is yet to be done to protect human rights and equality according to a recent survey released by the Irish Human Rights and Equality Commission. The purpose of Youth for Human Rights is to inspire people to become advocates for tolerance and peace through education on The United Nations Universal Declaration of Human Rights.”

YHR Ireland has delivered educational lectures to over 3,000 students in more than 50 schools over the last year and the demand for more materials and lectures is constantly growing.

The Church of Scientology and Scientologists support Youth for Human Rights and make their educational materials available free of charge.

The Church of Scientology and Community Centre in Firhouse was established in 2017 as a gathering place for events and activities, in keeping with Scientology founder L. Ron Hubbard’s intention that all Scientology organizations are to serve as a home for the entire community and a meeting ground for cooperative efforts.

Over 100 community events welcoming more than 30,000 guests have been held in the facility since the opening.

The Church and Community Centre facilities — 1,000-seat auditorium, meeting rooms, café and football pitch — are available to community groups and charitable organizations who share the goal of a peaceful and cooperative society.

In 1956, L. Ron Hubbard lived in Dublin, with offices in Merrion Square, where he launched humanitarian initiatives that continue to flourish throughout the world today. “If the weather is cold, the Irish heart is warm. The country and the people could not be improved upon,” he wrote. 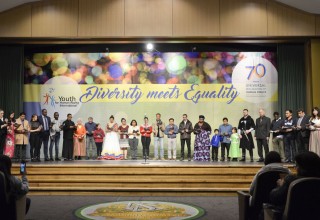 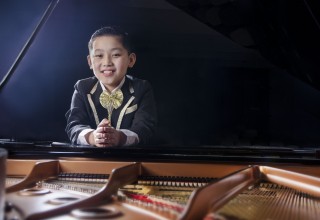 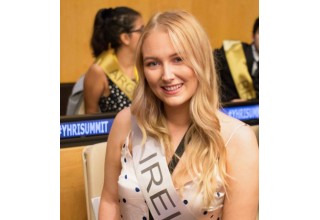 Helping Hospitals in Spain Cope With the Coronavirus Pandemic
In the battle to bring COVID-19 under control, two Madrid Scientology Volunteer Ministers stepped in with a lifesaving donation
Scientology - Apr 6, 2020
Newswire