Republicans for Kelly will organize and mobilize Arizona Republicans to cross partisan lines and support a proven, principled leader 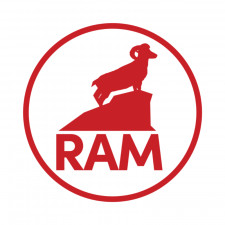 The launch kicked off with a successful fundraiser in Scottsdale last night, hosted by Former New Jersey Governor Christine Todd Whitman, Former Massachusetts Governor Bill Weld, Former Transportation Secretary Mary Peters, and former Arizona State Senator Bob Worsley. Republicans for Mark Kelly will galvanize support among disaffected and principled Republicans in the state. Senator Kelly's record of bipartisan leadership for Arizona has earned the respect of many outside of his party, and given voters who don't support the dangerous direction of Arizona's GOP an honorable alternative.

"Arizonans have long flexed their independent streak in politics," said RAM Advisor and former Secretary of Transportation Mary Peters. "From John McCain to Barry Goldwater, this is a state where integrity and courage matter more than party. Senator Kelly has proven his mettle, which is why he's earned broad support, even among Republicans like myself."

"People are fed up with political parties that put their own interests ahead of the country's. Voters are waking up, especially in the GOP, and realizing that a leader's worth isn't defined by the letter next to their name on the ballot," said RAM Executive Director and former Homeland Security official Miles Taylor. "Senator Kelly has certainly earned the respect and support of all independent-minded Republicans in Arizona."

The Renew America Movement was established in 2021, following the release of "A Call for American Renewal," a declaration of principles signed by more than 150 prominent figures, including former governors, senators, congressmen, cabinet officials, and thought leaders. Visit www.RenewAmericaMovement.com for more information.

150 Prominent Republicans and Independents Release 'A Call for American Renewal' Charting New Path
Signatories include former governors, members of Congress, administration officials, strategists and thinkers working to reform the GOP, or create an alternative
Stand Up Republic - May 13, 2021

Convention on Founding Principles to Offer a Counter Vision for Republicans During Trump's Renomination
Stand Up Republic, Principles First, and the Niskanen Center announce first slate of speakers for the event Aug. 24-27
Stand Up Republic - Jul 22, 2020