Assist in the housing of 600 refugees, feeding of 500 people daily 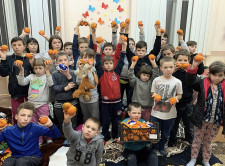 IRVINE, Calif., March 15, 2022 (Newswire.com) - Remember the Children, Mulberry International Resources and CDF Capital have partnered together to assist in the housing of 600 refugees, feeding of 500 people daily and evacuation of a Christian children's home out of Mariupol with 30-plus children, staff, and families. While many wonder what other relief efforts can be done to assist the war-torn country of Ukraine, these organizations are actively responding.

Remember the Children (RTC) and Mulberry International Resources (MIR) have been active in Ukraine's bordering nations and are alongside those who are working directly on the ground. They first got connected two years ago at a CDF Capital Foundation Mentoring Program. Over the past few weeks, they have been in contact daily, helping displaced refugees and mobilizing resources.

Since its inception 26 years ago, RTC has focused on orphan care, church planting, and leadership development in Romania and Tanzania. Since the current Russian invasion began, RTC has become a safe passage for families escaping the war as well.

"We've already housed 600 refugees and we're feeding 400 to 500 people as they cross the border daily," Andy Baker, Founder and CEO of RTC, said. "Most people are moving through Romania and going west. A lot of them are heading to Italy and Germany."

Andy's phone has been ringing nonstop since the attacks on Ukraine started. Partnering organizations have been seeking assistance from RTC, and Andy's team has worked round the clock, both here in the United States and on the ground in Romania, to ensure Ukrainians get the help that they need.

"I also have three families in Suceava, Romania, that we got to Bucharest. We're working to get them to the embassy and, hopefully, get them to Idaho in the coming weeks, where families have agreed to take them in as refugees," Andy said while responding to a text message from a colleague in Ukraine. "And I just sent some funding to another gentleman in Western Ukraine to buy medicine and medical supplies. We find ourselves uniquely positioned to help in this crisis with our long-term service in Romania and with a network of colleagues and friends that encompasses most of the country."

While RTC actively works to provide safety for those coming from Ukraine, Natasha Reimer and Mulberry International Resources are working closely with individuals and families that are in the direct path of the fighting.

"We were strategically placed. We were placed in the city of Mariupol—which is outside of the frontlines," Natasha said. "We were already working with that population since 2015, dealing with displaced refugees and helping out planting churches in the buffer zone. We've been doing it. In a way, when this whole thing blew over, we didn't have to set anything up. We were already set up."

MIR exists to promote eternal transformation by bringing hope and healing to at-risk children and families in Ukraine. Natasha, currently the Executive Director, sees the organization's mission being lived out every single day as Ukrainians seek safety and help.

Andy and Natasha met at the CDF Capital Foundation Mentoring Program back in 2020. They both learned valuable lessons of strategic planning in their cohort. Natasha and Andy were both highly motivated by the CDF Capital team to get back to their respective organizations to implement new strategies and take their humanitarian work to the next level.

Little did they know the two would find themselves working together years later in such a devastating capacity.

"A couple of days ago, Andy reached out to me and told me they're receiving people," Natasha said, recalling their conversation just days after the invasion broke out. "We evacuated a Christian children's home out of Mariupol—30-plus children, staff, and families."

Andy was able to arrange temporary lodging for those whom Natasha sent. He networked with a Romanian Baptist church, located at the Ukraine border, where the caravan was able to eat, rest, and refuel before making its way to Remember the Children headquarters for further assistance.

"MIR and RTC connected at the border," Andy reported. "There are 33 children, 13 women, and 3 men who are safe with us in Romania."

Natasha also secured a long-term arrangement with a ministry in Germany that the children's home will eventually make its way toward once the team is ready to receive them.

"Natasha and I have been talking every day. And that's just one example of how we've worked together," Andy said. "I don't know how to explain it to you. I'm on the verge of tears just every minute. When I talk with some people out there, they say, 'We're doing what we can do, Andy, because it's what God calls us to do. We live in every moment, wondering if we're next.'"

"Residents have no access to life-supporting supplies. Almost the entire city has been burned, destroyed and shelled," Natasha added, describing the dire straits Ukrainians face right now. "There is no food left. People burn wood to cook or to get warm. They boil snow or collect rainwater to drink. Every day the humanitarian corridor is being shelled and evacuation efforts have been unsuccessful."

Natasha, in addition to her work with MIR, also has intimate ties to the country. Though immigrating to the United States in the late '90s, Natasha is originally from Crimea and still has close friends and relatives back home.

"My heart is broken for my people and my country, and for the countless victims who have been killed, wounded and displaced," Natasha lamented. "Now, I grieve for my friend and coworker in Christ, Nikolai, who was killed today with four other Christian men while delivering food to others in shelters and homes. He leaves behind his wife and three children, who still remain in Mariupol."

Despite the grim circumstances in Ukraine, however, both Andy and Natasha have been encouraged by the outpouring of inquiries by friends, family members, and partnering organizations seeking ways they can help. Since the borders and ports have been blockaded and seized by the Russian military, it is next to impossible to ship in-kind gifts into the country. Sending financial donations is the easiest way to assist during this phase of the war. With leadership teams set up on the ground, withdrawing funds at an ATM or wiring money is fast and efficient, allowing both MIR and RTC to quickly purchase needed goods locally.

"A food packet—like basic grains, oil, pasta—for a family of four or five, about $15 would be enough for them to survive a week," Natasha said, describing how far donations can stretch. "And $100 would provide one family basic needs for a month."

"Something as little as $25 a week goes a long way," Andy added. "Money is being used to help move refugees into Romania and get them into housing. We're also feeding three meals a day to our refugees. Financial assistance is the easiest way to help."

"Dusty Rubeck looked at me the last time I saw him and he goes, 'Andy, you know what your problem is? You're one of the best ministries I know that nobody's ever heard about,'" Andy said. "It's great. I'm so thankful."

To donate and learn more about their work, please visit the websites for Mulberry International Resources and Remember the Children.

Mulberry International partners with local churches and volunteers to reach internally displaced people and at-risk families in the Donetsk region of Ukraine through humanitarian relief. By saving a physical life, we prepare the ground to plant the seeds of faith and offer a spiritual salvation.

We believe that local leaders have the most impact in their communities, therefore we are committed to mentoring and empowering them to make a difference. This mission affects everything we do — from mentoring the orphaned children we take care of, empowering church leaders, and pouring into villages.

Ultimately, we believe that Christ transforms lives, and we envision a world where children accept Him and experience His love.  Everything we do is centered around Christ and giving people an opportunity to know Him, and we believe this begins with kids!

For more information about Remember the Children

We believe that every person is on a spiritual journey of transformation, and the best place for that journey to happen is in God's church. That is why, since 1953, we have helped Christians and churches embrace their part in this journey by providing the three kinds of capital to the churches we help—Financial Capital, Leadership Capital, and Spiritual Capital. Church growth is about more than just attendance—it requires all three forms of capital in whatever portions necessary. When a church is properly resourced financially, spiritually, and in leadership, lives are transformed. We call this Transformational Capital.

For more information about CDF Capital

We believe that every person is on a spiritual journey of transformation, and the best place that that journey to happen is in God's church. That is why, since 1953, we have helped churches grow. 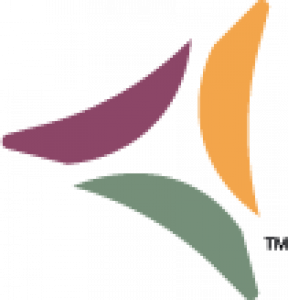