Relics From Historical Alamo Dig to Be Auctioned Saturday 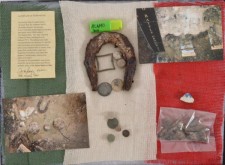 NEW BRAUNFELS, Texas, May 2, 2018 (Newswire.com) - Battle of the Alamo relics, recovered alongside artifacts that will be displayed in a new Alamo museum addition being built for the estimated 15-million-dollar collection donated to the Texas General Land Office in 2012, will be up for sale Saturday, May 5, 2018. Burley Auction Gallery of New Braunfels will publicly auction cannonballs, badges, and relics from the 2008 archaeological excavation of the Alamo battlefield beneath the History Shop, located at 719 E. Houston, across from the Alamo. The dig was started while attempting to install a floor safe.

Rare-documents dealer and owner of the History Shop, Jim Guimarin, explains, "During the battle, the third column of Santa Anna's army attempted to breach the Northeast section, along with the Mexican Calvary. They failed to breach the wall, as the Texan defenders repulsed both waves. It is thought to be one of the bloodiest sections of the battlefield and would have seen heavy cannon and musket fire, along with heavy Mexican casualties." The excavation uncovered several fire pits, cannon balls, uniform badges, horseshoes, musket balls & relics that would be found at a battle site encampment of the period.

According to auctioneer Robb Burley, "Authentic relics from the Alamo being offered for sale to the public is nearly unheard of. Everything is in a museum or private collection." These relics will be offered along with 500 other antique & western items at live auction on Saturday.

Other items in the auction include a sixteenth-century Spanish gold chest, used to carry gold bullion from the Carribean to Spain, bowie knives, Spanish Colonial swords, antique Winchesters, a rare Colt Paterson revolver, and even a Colt 1873 SAA .45 fully-engraved pistol attributed to Gene Autry.

Auction Preview will be Friday, May 3, 2018, from noon - 6 p.m., and Saturday 8 a.m. - 10 a.m. The auction begins at 10 a.m. Bidders can bid online, in-house, by phone or absentee. Visit www.burleyauction.com for more information and the full catalog.

Burley Auction Gallery- Started in 2004 by owner and Auctioneer, Robb Burley, Burley Auction Gallery has sold millions of dollars of history. They are well-known for their Roy Rogers Auction, the auction of the Texas ghost town- The Grove, Moody Anderson's prop warehouse- featuring props from "Lonesome Dove", the Armadillo World Headquarters and Threadgills Auction, and items such as Crazy Horse's knife, the tin-type photo of Jesse James and Robert Ford and Merle Haggards custom tour bus. Artifacts that have passed over the auction block have gone on to be displayed in museums nationwide. Burley Auction has been featured on Fox News' "My Strange Inheritance", the PBS documentary "The Grove", True West Magazine's Top Western Auction Houses, and multiple publications around the world. Texas Auctioneers License #15184. 15%BP. 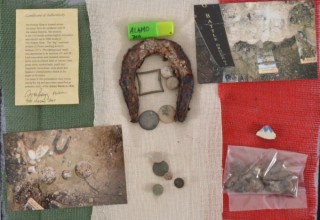 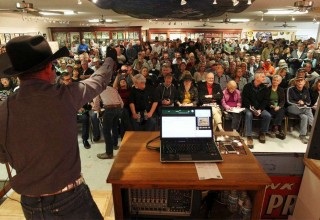 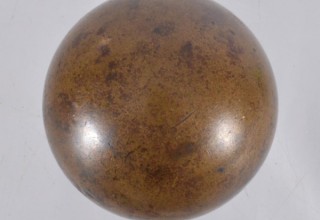 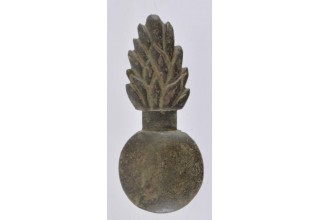