"We urge WHO to provide guidance based on sound scientific facts, methodologies and principles," CAPHRA and other consumer advocacy groups said in the Right2Switch petition.

MANILA, Phillippines, March 18, 2021 (Newswire.com) - Consumer groups in the Asia-Pacific region are launching a petition that urges the World Health Organisation (WHO) to respect consumer rights and access to innovative nicotine products, arguing that removal of access may only exacerbate the smoking problem during the COVID-19 pandemic.

"We urge WHO to provide guidance based on sound scientific facts, methodologies and principles," the Coalition of Asia Pacific Tobacco Harm Reduction Advocates (CAPHRA) and other consumer advocacy groups said in the Right2Switch petition which would be launched during the 2021 Voices4Vape webinar on March 21 at 1 p.m. to 3 p.m. (HKT). The petition can be viewed at change.org/v4v-petition.

Nancy Loucas, Executive Coordinator of CAPHRA, said the petition would be launched ahead of the next biennial meeting of the WHO Framework Convention of Tobacco Control (WHO FCTC) in November 2021 to propose new guidelines on combating smoking.

Loucas said that in its pre-conference guidance to member countries, the WHO continues to insist that safer nicotine products, such as vapes or e-cigarettes, are as harmful and dangerous as combustible tobacco and should be banned or heavily restricted.

She added that the research shows otherwise, and that vaping has been life-changing for many smokers in all parts of the world, helping millions of former smokers quit cigarettes.

The petition also implores the WHO and health authorities around the world to regulate based on sound scientific facts that include stakeholder (consumer) participation as part of the decision-making process.

It asks the WHO to stop ignoring the basic human right to harm reduction that is also one of the WHO founding principles—to serve public health at all times and to put people's health interests first.

Consumer groups also demand an end to interference with the rights of adults to make informed choices regarding their health and well-being.

"We strive to make people feel safe, respected, empowered, fairly treated and duly recognized," according to the petition.

The WHO was also asked to follow its own mandate of "We communicate openly with everyone and learn from one another."

"We are guided by the best available science, evidence and technical expertise. We continuously develop ourselves and innovate to respond to a changing world," according to the petition.

The 2021 Voices4Vape webinar revolves around the question, "If governments trust the science on COVID, why are they not trusting the science of THR?"

THR is a public health strategy that involves the use of less harmful alternatives to combustible cigarettes such as vapes, heated tobacco products and snus which do not produce smoke. Toxicants found in smoke are the ones that cause diseases among smokers, according to scientific studies.

She said millions of former smokers have in fact successfully switched to safer nicotine products and are now living better lives, not just for themselves but for their loved ones too.

Loucas said prohibition or heavy restrictions on the use of these products will put many smokers at risk of not being able to choose a safer alternative and may force the millions who have already successfully switched to less harmful nicotine products, back to the very thing that will cause harm.

"The WHO FCTC needs to finally start to follow its own constitutional mandate and the peer-reviewed science," she said.

"All of us need to unite, as one, globally, for our voices to be heard loudly and clearly by those who would rather not listen. As adults, we have every right to choose how we live our lives—the right to make informed choices for our health, including the choice to use safer nicotine products as an alternative to combustible tobacco. A solution to the world's smoking problem is already here, we need to make WHO FCTC hear us," according to the petition.

The Coalition of Asia Pacific Tobacco Harm Advocates (CAPHRA) is a regional alliance of consumer tobacco harm reduction advocacy organizations. Its mission is to educate, advocate and represent the right of adult alternative nicotine consumers to access and use products that reduce harm from tobacco use.

Jena Fetalino Public Relations Consultancy is a PR agency specializing in media placements that are comprehensive, compelling, and client-customized. 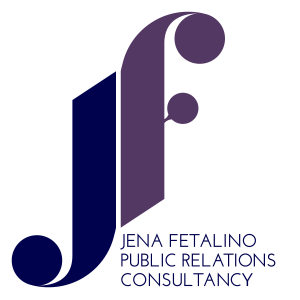