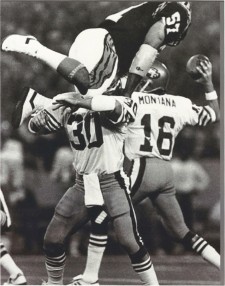 San Diego, CA 92110, March 28, 2017 (Newswire.com) - On April 1st, Reggie Williams will join the Pure Ratios team to show his support and testimonial of Pure Ratios products at the Pure Ratios booth at the 420 Games on the Santa Monica Pier.

Reggie Williams, renowned former-NFL player for the Bengals, and philanthropist has finally found relief after years of excruciating knee pain. After 24 surgeries, massive infections, as well as osteomyelitis, Williams’ doctors feared that the only solution was amputation. Williams has finally found relief in the consistent application of Pure Ratios topical patches.

Williams has received numerous awards and honors including being selected to join the NFL All-Rookie Team, receiving the Byron “Whizzer” White Award for Humanitarian Service, the NFL Walter Payton Man of the Year, the Sports Illustrated’s Co-Sportsmen of the year, as well as being inducted to the College Football Hall of Fame.

Come visit Pure Ratios and Reggie Williams at the Pure Ratios booth on the North Parking Lot of the Santa Monica Pier. The 420 Games celebrates the healing properties of Cannabis while celebrating athleticism and dispelling some of the negative myths of Cannabis. The 420 Games features a 4.20 mile run/bike/skate/or SUP paddle, a BMX Pro Trick Team exposition, a beer garden sponsored by Lagunitas Brewing Company, samples from Cannabis vendors, as well as music, comedians, educational talks, and other entertainment.

Pure Ratios is committed to developing patented proprietary solutions to cannabis-based products that are supported by both natural medicine techniques and extensive scientific research. Our mission is to provide more efficient delivery of cannabinoids throughout the body with consistent dosing.