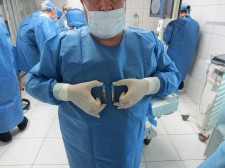 LOS ANGELES, May 13, 2019 (Newswire.com) - Dr. Susan Krause, who has had a successful, peer-awarded 35-year career as a physician and educator, has been suspended by The College of Physicians and Surgeons of Manitoba (CPSM) after an investigation of her involvement in an experimental Multiple Sclerosis (MS) stem-cell therapeutic program by Regenetek Research that they termed a “medical scam.” However, Dr. David Cohen, a career cardiovascular clinical researcher formerly with Novartis Pharmaceuticals and currently with ND Sciences, states that “the decision is highly biased, improper and baseless. The CPSM’s public misrepresentation of this important research bears no relationship to the reality of what was happening within the clinical study. Furthermore, Dr. Krause had no input into the research whatsoever.” Dr. Cohen has worked with Regenetek Research's Henry Broeska for years as medical colleagues.

The governing body has suspended Dr. Krause’s medical license for 12 months because of her participation in an accredited, novel, first-of-its-kind clinical research study implemented and funded through a Canadian nonprofit corporation, Regenetek Research.

Regenetek’s mission was a dedication to improve outcomes and the quality-of-life of patients with MS, an unpredictable, often disabling chronic disease of the central nervous system that affects almost a million people in the United States. Despite its prevalence, there is no cure. Among MS patients and their families, there is a high level of frustration with conventional treatments that only modify symptoms.

Regenetek researchers collected supporting data that demonstrated the novel therapy improved the lives of 80% of 70 MS study participants. Preliminary evidence for its safety and efficacy has now been published in a peer-reviewed international journal. Despite many positive participant outcomes, the local Winnipeg Free Press publicized complaints from just a few of the subjects who said they did not experience any beneficial results. Clinical studies, regardless of the disease or therapy tested, do not guarantee outcomes and all qualifying study participants sign informed consent forms acknowledging this fact.

A January 2019 clinical study report out of the U.S. that “A single stem cell transplant could stop or delay MS symptoms better than some medications,” as published in the Journal of the American Medical Association, totally contradicts The CPSM’s contention that “a single stem cell treatment could not be effective” and thus Regenetek’s research protocol was “a scam.”

“I’m proof positive of the impact of Regenetek’s research,” Linda Friesen of Tisdale, Saskatchewan says. “I had an MS diagnosis for 11 years but by 2013 it had become progressive and I ended up using a wheelchair much of the time. Then I found the Regenetek study. I was convinced that this research program was worth trying, even though they explained that there were no guarantees of any positive results. Yet I got lucky. I’m one of the fortunate ones who significantly recovered. I still must do physical therapy every day. Still, it was all worth it because today, five and a half years after having the single round of treatments, I’m working again and living my life normally. I’m 90% cured. As to calling this a ‘medical scam,’ the fact I’ve had such an amazing result is convincing proof that it’s not.”

To validate the work that a medical research team of internationally esteemed specialists conducted, the Regenetek study produced data, a research method, as well as a pending patent for the novel protocol and, as aforementioned, a published scientific peer-reviewed manuscript.

“The area of cardiovascular-renal-thrombosis is my focus. I was drawn to Henry Broeska’s research with Regenetek after reviewing patient histories as well as medical literature citations on the impressive clinical two-year outcome data in Multiple Sclerosis (MS) patients," Dr. Cohen says. "I also spoke to some of them to confirm the data. The theory ascribed as the root cause of the MS disease process is of vascular origin. When I was offered an opportunity to become part of the U.S.-based research team, I accepted, enthusiastically. I found the research to be ‘state of the art’ and novel in that it attacks MS at a level never before attempted, using a local stem cell delivery approach. Accordingly, the decision against Dr. Krause is improper. The College of Physicians and Surgeons didn’t even attempt to talk to me despite my reaching out.”

For the last half-century, researchers have been trying to find a cure for MS, yet there wasn’t any positive progress at all – until Broeska and his team came up with the first therapeutic clinical study that has produced remarkably positive long-term results for some patients. A U.S.-based group is applying to launch Phase 2 trials in the US to confirm the outcomes from the initial Phase 1 clinical trial.

More can be read at: https://calbizjournal.com/henrybroeska-multiplesclerosis 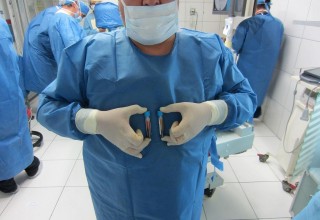 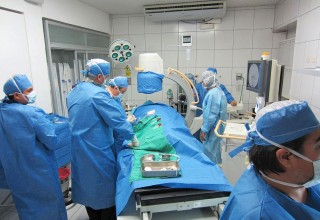