A 5K race organized by the National Police of Ecuador in partnership with the Church of Scientology Freewinds Religious Retreat at sea sets a Guinness World Record while promoting drug-free living.

Quito, Ecuador, July 18, 2017 (Newswire.com) - To reach youth with the truth about drugs, the National Police of Ecuador in coordination with the Freewinds, the Church of Scientology religious retreat at sea, organized a massive 5K race to promote drug-free living to the youth of the country.

86,630 runners in 24 Ecuador cities signed a pledge to live drug-free. And volunteers handed out copies of the Foundation for a Drug-Free World's Truth About Drugs booklets to runners and those gathered to cheer the runners along the 5K routes.

In each of Ecuador's 24 provincial capital cities, runners crossed the starting line wearing T-shirts bearing the slogan of the police campaign "Yo Vivos Sin Drogas, Tu Decides" (I Live Without Drugs, You Decide). The race aims to encourage Ecuadorians, especially young people, to live healthy, drug-free lives and to stand together against drug abuse and trafficking.

The Church of Scientology and its members support the Foundation for a Drug-Free World whose Truth About Drugs campaign is one of the world's largest nongovernmental drug education and prevention initiatives. Thanks to this support, the Foundation provides — free of charge — drug education booklets, videos and educator guides to teachers, mentors and civic and community leaders.

Beginning service as a Church of Scientology religious retreat in 1988, the 440-foot Freewinds motor vessel provides a distraction-free environment for parishioners to experience the highest level of spiritual counseling in the Scientology religion. The ship is known and welcomed throughout the Caribbean and adjacent South American nations for its multifaceted community outreach to help bring about sweeping humanitarian changes throughout the region. 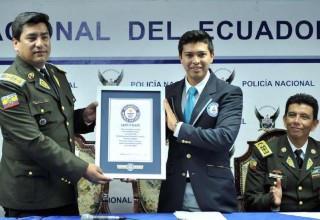 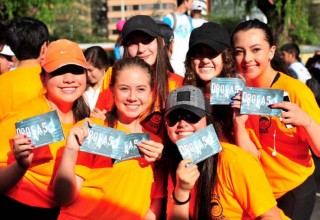 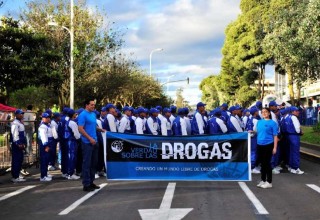 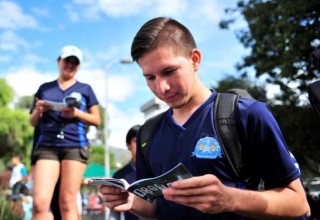