SAN DIEGO, August 6, 2019 (Newswire.com) - ​​Epic Wings continues franchise growth in Southern California after signing a multi-unit agreement in Los Angeles County. The family-owned and operated company is eager to have franchisee, Ken and Karen Kupetsky, open their first out of three locations in early 2020. “I have always been a huge fan of Epic Wings. The food and service are unparalleled amongst the competition, and with recent growth, it was the right time for me to open my own location,” says Ken.

Epic Wings is having a pivotal year in growth after increasing store locations by 25% in less than two years. The company celebrates the first out of state opening in Glendale, Arizona and continues expanding into 5 new territories through multi-unit agreements in Southern California.

With an ambitious business development plan, company-wide initiatives for Epic Wings continues to remain at the forefront of the trending industry. Through strategic partnerships and marketing efforts, Epic Wings remains on pace for record-breaking growth. “Epic Wings has a fresh and simplistic menu that is easy to execute and undeniably cravable,” says President and COO, Rob Streett. “This has led to consecutive same-store sales growth for over 20 quarters.” Streett has announced that the focus of franchise expansion includes new markets in Arizona, Nevada, Colorado and Southern California.

Epic Wings’ specialty is serving fresh, never frozen wings, chicken tenders, and boneless wings along with hand-rolled garlic breadsticks and house-made dressings that has won Best Wings in San Diego for over 6 consecutive years by the San Diego Union Tribune, and Reader’s Pick in San Diego Magazine. Epic Wings has also been recognized by Entrepreneur Magazine as one of the “Top New Franchises,” and “Top Food Franchises,” in 2019.

Epic Wings boasts a new fresh and sleek interior design. “We wanted new stores to be as fun inside as our brand is,” says Co-founder and board member, Sam Sacco. “When we eat wings, it is often times in social settings and gatherings. We wanted Epic Wings to be comfortable and approachable yet fun and modern atmosphere.” The new store design features an orange tiled emphasis wall where the newly designed menu board is hung. Additional white tile walls are accented by fresh celery-green finishes.

Anticipated openings in Southern California by early 2020 include a second location in Escondido, and multi-unit agreements in Riverside and Orange County.

For more information on franchise opportunities, please visit the website at www.ownanepic.com or email franchise@epicwings.com.

Epic Wings has been a family-owned and operated San Diego restaurant, under the brand Wings N’ Things for more than 35 years. The Sacco family moved from New York to San Diego in 1982 where the concept has grown to 24 restaurants and has been honored with multiple San Diego “Best Wings” titles. After rebranding to Epic Wings (and Epic Wings N Things in the San Diego market) in 2018, the family began building a company infrastructure to support franchising initiatives. Their key to success is to provide the best possible quality meals with a simplistic and fresh menu selection. 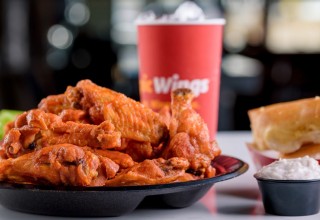 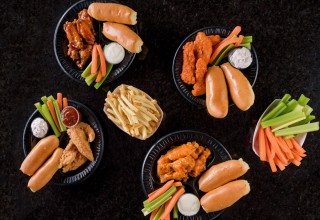 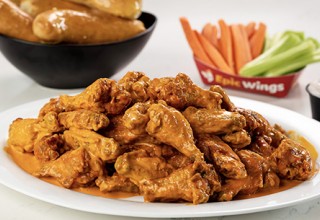 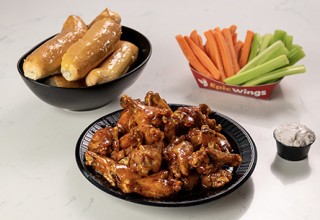